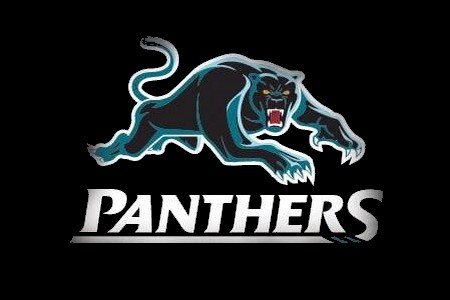 We near the final straight as part 12 of our NRL Previews heads out West with the Penrith Panthers.

A perennial favourite of the bookies many times in recent years, the Panthers are probably yet to reach the lofty early season expectations.

Boasting a talented side, more should rightfully be expected of them, and even more of Ivan Cleary, who is back at the helm again.

Is 2019 a year for the Panthers to assert dominance or will their early season fanfare amount to more disappointment?

The family is back together

It was a long, winding, difficult, non-committal road but in the end, it materialised like everyone thought it would.

Ivan Cleary is back at Penrith and he will have talented halfback and son Nathan in the side.

It bodes well for the family and for the Panthers, as the two will be able to draw on each other when needed to hopefully help fuel the team.

On the flip side, sometimes a working relationship with family does not always work out.

Can the two put a family connection aside and do what is best for the team’s betterment?

Or will it get in the way and hamper any preparations that may exist for the Panthers week and week out?

Either way, the two have a chance to show that they can co-exist in a season that will define both of them in many ways.

Ivan Cleary must prove the Penrith admin right that he was the man for the job.

Nathan Cleary must prove that he can be the elite halfback everyone believes he can be.

It should be made clear from the start that the idea is not to suggest that Nathan Cleary is a myth by any means.

The idea is highlighting the steps to take become a true elite halfback of the game.

Cleary entered the NRL with a litany of hype and fanfare attributed to him.

Putting aside the iconic surname of his father who is coach and who was a good player in his own right, Nathan has to pinpoint his rugby league identity.

Determine the type of player you want to be, work hard to be that player and become the half that expectations expects you to be.

As it stands, as talented as Cleary is, few occasions have arisen in which Cleary himself has taken a game by the scruff of a neck.

For all true elite halves, the ball is on a string at will. They control the match, they dictate terms and make life a living hell for the opposition.

Cleary is undoubtedly capable of such feats but he needs to take ownership of the Panthers side despite the experience around him.

His halves partner James Maloney is indeed a premiership winner but Penrith’s true success will lie in having Maloney take a step back.

Cleary is the present and the future of the Penrith franchise and their premiership ambitions.

For success to head back out West once more, Cleary is the man that needs to lead the Penrith side.

Cleary is the one that has to prove his mettle and establish himself as a genuine elite half in the game.

This should be his year to do so; the question is, will the weight of expectation be too much to bare?

The battle for fullback

Although a clear favourite may already be in sight, many fans have differing views on who should start at fullback for Penrith.

Dallin Watene-Zelezniak or Dylan Edwards. Both talented players in their own right and both capable of fulfilling the role.

Edwards burst onto the scene and started a touch slowly but soon established himself as a guy that the club could rely on at the back.

As his form continued and his consistency improved, injury struck, effectively ending his season and his chance to hold down the spot long-term.

Thrust into the role with Edwards’ injury, Watene-Zelezniak impressed many with just how good he was at fullback.

A hard, determined runner, whether he is at fullback or on the wing, he settled seamlessly into the role.

Such was his form that the Watene-Zelezniak fan camp immediately pinned him as the man the Panthers need at fullback.

Though others saw the Kiwi international merely as a stop-gap, a filler, until Edwards came back.

Both players offer plenty from the back; Watene-Zelezniak is arguably the better runner, Edwards the better ball-player.

However, both have stats to back up their relative successes in the custodian position since playing there.

It is hard to see either missing out on first-grade altogether, so is the simple solution simply to have one play fullback and the other wing?

The Panthers have not been shy to both develop a youngster in their ranks and blood them in first-grade.

Many of their existing roster have made their respective debuts after working hard to rise through the club ranks.

Perhaps the man to keep an eye out for, though – who was brilliant before injury ended his 2018 – is Jarome Luai.

Thrust into the side when an opportunity arose, many perhaps did not know what to expect at first.

He made a flawless transition into first-grade, though; kicking, passing, running his way to success, with many quickly taking notice of his quick play.

Luai looked in blistering form and potentially could have continued it to be a lock for a bench spot in 2019.

Injury struck late on, however, and any chance at further consistency and momentum was nipped in the butt.

He will be anxiously waiting on the fringes, though, should an injury in the halves arise.

And based on how he performed in 2018, you would back him to have a similar effect in 2019 if he gets that chance.