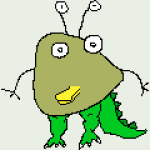 The media is buzzing, open training sessions, midweek Viking claps, the most talked about Calf in the world this week. It can only mean one thing………IT’S GRAND FINAL WEEK.

6 teams preparing to play the game of their lives.

Best of Luck to the Burleigh Bears, Newtown Jets, Brisbane Broncos, St George Illawarra Dragons, Sydney Roosters and Canberra Raiders. It all comes down to this.

But it’s not just 6 teams that face the pre game nerves, the training, the realisation that all their hard work has paid off and they have made it to the big show.

The 7th team is involved in every game this week have also named their team in the last 48 hours.

Families celebrating about who got picked and disappointed people for those who missed out.

Yes, the 7th team, is the officials for the 3 games. The men and women in the middle, on the touch line and in the bunker that will be judged by how little impact they have on the game.

This is the silent grand final week. Minimal media (outside of the appointment announcement), No fans at training, no special Nordic whistle blowing welcome on to the ground.

The thankless job, that no matter how well the game is officiated this weekend, the best the refs can hope for while receiving their game medallions (one of their proudest career moments), is to not be booed too loud.

Grand final week, just like the players, will be one that the referees coaches will be hoping is without drama, has plenty of focus and hard work, and has a favourable ending on Sunday night.

Saturday morning and Sunday morning respectively would have been recovery. Monday morning, the team would meet for video review of the weekend games.

Potentially Monday afternoon, but more likely Tuesday, the appointments would have been announced.

But there will always be the disappointment and what ifs?

Grant Atkins and Adam Gee, both perilously close to the best moment of their careers, but falling one game short.

While the appointments of the NRL grand final were as expected, there was a feeling that just maybe, the NRL would go with one of the teams that ran games last weekend – Sutton/Gee or Cummins/Atkins.

I would have loved to have seen Cummins/ Atkins get a go, but Sutton has friends (or brothers) in high places.

However, putting aside their disappointment, one, or potentially both Atkins and Gee will need to be ready for Sunday as they will be the standby ref.

I don’t know whether you’ve seen how the referees train, but it is mind blowing just how fit these athletes (and yes, they are athletes) are.

Conditioning work would rival most NRL teams without the need for as much weights training.

Then it is on to the gameday training. One of the most amazing pieces of equipment is the decision treadmill.

Referees are asked to run whilst watching a game of footy.

During this game, they need to take on the role of referee, make decisions under fatigue and all of this is video reviewed to check for correctness under pressure and fatigue.

While we all like to give the refs a piece of our mind when things aren’t great or your team isn’t going well, I guarantee one thing – that referees never want the game to be about them.

The less noise, the better game.

Good luck to all players and officials this weekend and if you can find it in your heart, please don’t boo when they get their recognition.

They’ve put in more work over their careers than most and will never have a trading card, never get asked for an autograph and are still more unpopular than a parking cop.