Here we are, the final day of the 2019 Rugby League season. To start, we have a women’s test match as the Papua New Guinea Orchids face the England Lionesses.

The women’s England beat Papua New Guinea last week 24-10 so Will England go 2-up over PNG or will PNG avenge last week’s loss?

From the very first set, Rhiannon Marshall busted the PNG defence up the middle only getting stopped 10 metres out.

The very next play, England went on the short side to Tara-Jane Stanley to get the first points of the test match.

Stanley missed the conversion so the score remained 4-0, 2 minutes in.

10 minutes later, PNG would give away two penalties for a high tackle, and then for holding down in the tackle. 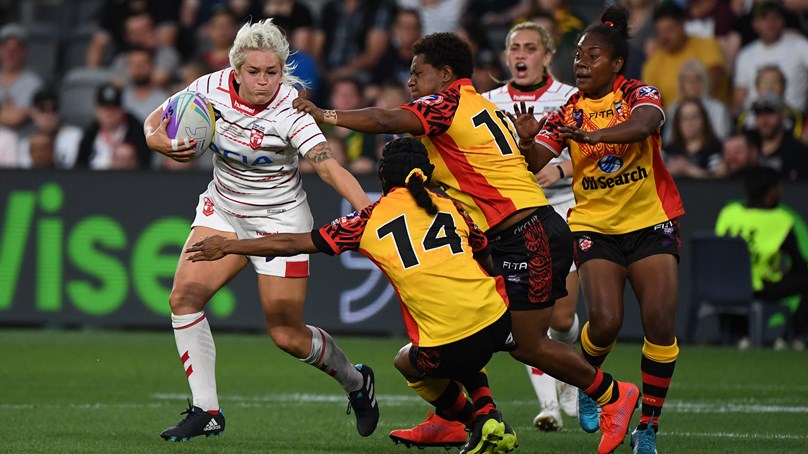 Stanley kicked the penalty goal from right in front, 30 metres out to make the lead 6-0.

5 minutes later, England made an error, 30 metres out from their own line.

PNG capitalised on this field position as they spread it right  only for Carol Humeu to barge over.

Erswin Kaiat didn’t get enough power on the kick from the far right side and the deficit remained 4-6.

With 15 minutes left in the half, PNG had great field position again.

They had a massive overlap left and brought it that way to send Belinda Gwasamum over the stripe. 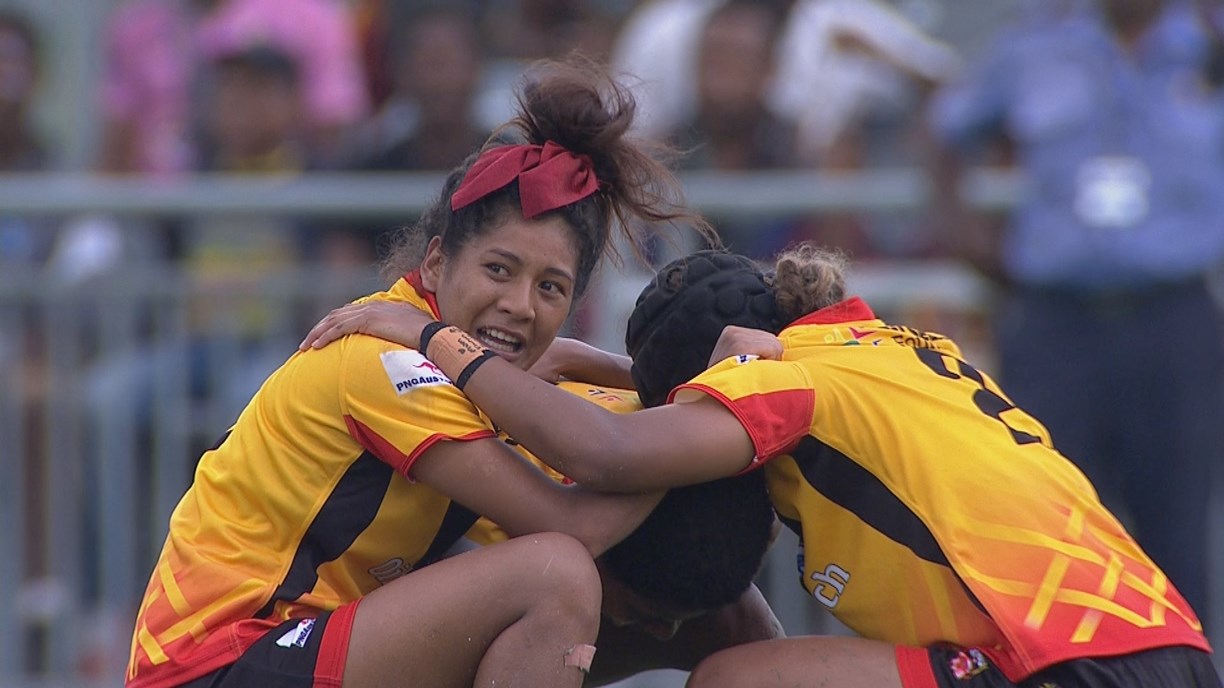 This try took the lead for the Orchids and Kaiat extended it by kicking the goal from the far left side and making the lead 10-6.

This score remained until half time.

Copying England from the first half, PNG scored points in the very first set of the second half.

After getting field position due to a penalty, Roswita Kapo barged over just to the left of the posts to make it a 2-score game!

Kaiat converted from almost right in front to make the lead 16-6.

Discipline really dropped in this half with constant errors and penalties.

20 minutes into the half, England started a spread to the left side where they had an overlaps.

Instead of passing, Emily Rudge powered over with three defenders on her back to score!

Stanley shanked the kick to the right so the deficit remained 16-10.

With 12 minutes left and a converted try the difference, England were 30 metres out and needed points soon.

From dummy half, Jodie Cunningham went short side to Georgia Roache who sent Naomi Williams flying into open space for a 30 metre run to the try line.

From the right sideline, Stanley nailed the conversion and levelled the scores at 16-all.

Both sides traded errors and it was an arm wrestle as to who was going to make the error to cost their team the game.

England knocked on 40 out from their own line and PNG had good field position with 90 seconds left.

30 metres out, Shirley Joe dummied through the line and beat the fullback to score herself to win the game for PNG.

Kaiat didn’t get the length on the kick but it didn’t matter as the Orchids were victorious for an historic win.

PNG have achieved their first ever women’s international victory.

They defeated England in an extremely physical affair which saw Joe score the buzzer beater!

England will be trying to improve for next year as the PNG team will end the season as winners.