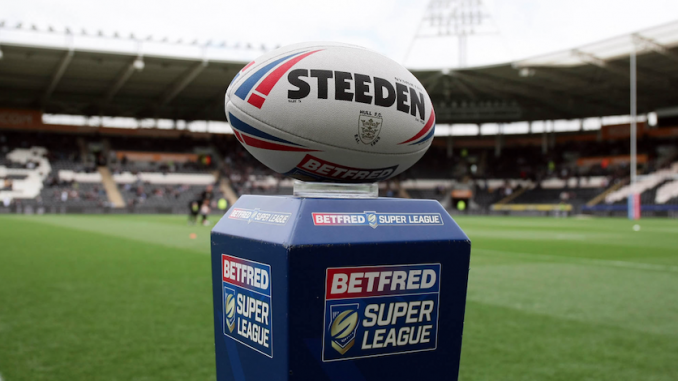 As the 2020 Super League season gets underway on Thursday night, I put each team under the microscope with part one looking at Castleford, Catalans, Huddersfield, Hull FC, Hull KR and Leeds.

The biggest change for Castleford sees the departure of Luke Gale to Leeds and the acquisition of the young and talented Danny Richardson from St. Helens.

He will now partner the equally young and exceptional Jake Trueman in the halves.

A duo that will be pivotal to their play-off aspirations this season and one that will be worth paying close attention to.

Daryl Powell has also been able to partly solve the nagging issue of squad depth.

The signings of Sosaia Feki from Cronulla and Derell Olpherts from Salford add strength on the flanks.

The big additions of George Griffin and Tyla Hepi will also be a huge plus in the forward pack as the Tigers look to push their way into the top 5.

After making his professional debut in 2017, Jake Trueman has gone from strength to strength and established himself as a regular starter last season with Luke Gale out through injury.

As we come into 2020, the now Gale less Tigers will now look to their new star to run the ship in the middle of the park alongside Richardson.

The 2018 Challenge Cup winners have been one of those sides that has floated around mid-table for some time now.

The emerging Perpignan side are still sneakily building a side that has the ability to make life difficult for some of the league’s top sides.

The huge signing of James Maloney solidifies the halves as he could look to partner the returning Josh Drinkwater.

Drinkwater was somewhat of a difference maker during his first stint with the Dragons as well as with Hull KR.

This new partnership opens the door for Sam Tomkins to move to the fullback role with 2018 Lance Todd Trophy winner, Tony Gigot opting not to resign with the club.

This trio of quality talent alongside the likes of David Mead, Lewis Tierney and Fouad Yaha in the backline is potent.

Impact players like Michael McIlorum, Remi Casty and Sam Moa in the forward pack will also be out to impress.

There is no question the Dragons have all the necessary ingredients to make the playoffs but again it comes down to them being able to perform on a consistent basis and not just at home.

It probably will not come as a shock to many but undoubtedly the key man for the French side will be James Maloney whose experience, knowledge of the game and winning mentality are all huge pluses.

The Giants received a huge boost by bringing in Aidan Sezer from Canberra but even with such a noteworthy signing.

Unfortunately, Huddersfield may just find themselves in a relegation battle once again.

Despite the additions of Sezer, Ashton Golding, Kenny Edwards and James Gavet, Huddersfield still lack the depth and quality.

Compared to other teams around them, in the end, it could prove to be another tough battle for Simon Woolford’s men.

If the West Yorkshire side are to make anything of the season, then the premise will certainly be on Aidan Sezer to be the catalyst that sparks something.

The 28-year-old is quite possibly the Giants biggest NRL coup since acquiring Brett Hodgson in 2009.

Fans will be hoping that the former Canberra halfback will have a similar impact as that of the former Parramatta and West Tigers star.

The Airlie Birds are probably one of the most frustrating teams to watch in recent years.

Although they won back to back Challenge Cups in 2016 and 2017, Hull FC have failed to translate the same success into the league.

This is despite running with a team that already boasts plenty of elite talent in the likes of Albert Kelly, Marc Sneyd, Jake Connor and Danny Houghton.

However, Hull have been very forward in terms player recruitment with the returning Mahe Fonua and Adam Swift providing huge upgrades out on the flanks.

Also, the additions of a Tongan powerhouse in Manu Ma’u and Great Britain international Josh Jones add to an already huge forward pack.

With the right guidance, this could see Hull fielding a team that makes a decent run to the play-offs this year.

You can certainly look to players such as Kelly and Sneyd to be integral to the team’s chances this season but from what we have seen in recent seasons then Jake Connor will be the man.

He will be expect to make things happen offensively with his elusive ball carrying and slick passing a real danger for any side.

Hull KR certainly have not been quiet in terms of recruitment this off season either bringing in a host of talent at a variety of spots.

The Robins were able to bring in more players than any other team.

They went on a signing spree that was headlined by names such as Shaun Kenny Dowall, Greg Minikin, Harvey Livett and Jordan Abdull.

Tony Smith’s side could face another battle to avoid relegation.

However, evidence suggests they have a decent blend of youth and experience to guarantee themselves safety.

The combination of Kane Linnett and the newly recruited Kenny Dowall in the centres provide a great deal of experience that could prove beneficial to the younger players.

Additionally, when you have someone like Smith in the head coaching role, it all adds up to something positive.

The one player for Hull KR this season might just have to be Greg Minikin, who made a reputation at Castleford as a savvy and productive try scorer with 43 in 95 appearances for the Tigers.

After another season of struggles, Leeds have been quite tactful in terms of player additions.

They have brought in Luke Gale, Kruise Leeming and NRL prop Matt Prior from Cronulla to provide huge boosts in their retrospective positions.

The duo of Ash Handley and Harry Newman are two of the league’s brightest young talents.

The duo will be called upon once again to take their game to another level this year.

Since the departures of Danny McGuire, Rob Burrow and Kevin Sinfield Leeds have been unable a rock solid partnership in the halves.

Fast forward to this year and there is a fresh sense of optimism as Robert Lui and Luke Gale will take up the six and seven spots.

The hope is that the new duo can re-energise the Rhinos attack and have them threatening the play-offs once more.

His name has been mentioned already but if Leeds want to breathe some new life into this attack then Luke Gale will definitely have to be that man.

His ability to make things happen offensively with his passing and in game kicking remain second to none.

The former Castleford and Bradford man also brings with him a firm accuracy with the boot in terms of goal kicking, an aspect that Leeds have struggled with in recent seasons.