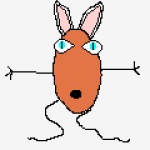 2019 was a year to forget for the New Zealand based club.

A messy off-season divorce with superstar Shaun Johnson was always going to make it difficult to build on a 2018 finals berth.

While a 13th place finish is well below expectations, there were some glimmers of hope for Kiwi fans.

2019 saw the emergence of Ken Maumalo who had a breakout season, averaging 190 metres per game and scoring 17 tries on his way to Dally M winger of the year.

Captain Roger Tuivasa-Sheck took his game to another level by shouldering much of the attack on top of his already brilliant yardage and defensive efforts.

Unfortunately, a quiet off-season on the recruitment front hasn’t given fans much to get excited about for the 2020 season.

The roster is largely unchanged with Wayde Egan the only signing after Blake Ayshford’s retirement and the departure of Isaac Luke, Tevita Satae and Ligi Sao.

There were several high profile recruitment bids that failed.

Most notably a monster offer to Brisbane Broncos second-rower David Fifita and a rumoured $500,000 per season offer to untested Melbourne forward Tino Fa’asuamaleaui.

The forward pack has been a problem area for the club over the last few seasons.

Failure to recruit a big name forward in combination with off-season surgery for Jazz Tevaga means that the pack looks to be a key area of concern again to start 2020.

The return of Tohu Harris to full fitness is one thing that does offer some hope.

Harris’ creativity and defence on the left edge were missed in the back half of the season after he suffered a foot injury in Round 14.

The departure of Isaac Luke leaves a selection headache at hooker.

Nate Roache has been touted as the future in the 9 jersey for a few seasons now but hasn’t been able to keep on the park after a terrible run of injuries.

If fully fit, he is likely to be the first choice. Karl Lawton and new recruit Egan will also be pushing for the starting spot.

Kodi Nikorima provided some spark after a mid-season switch from the Broncos.

After his first full pre-season with the club, he will hopefully be able to take a bigger role in the attack.

Although the first step for Nikorima is beating out young gun Chanel Harris-Tavita to partner Blake Green in the halves.

We can also expect RTS, who has been visiting training facilities in the USA during the off-season, to turn in another quality year and lead by example.

Kearney must overhaul the defence massively if the Warriors are to be any chance to making the finals, let alone challenging for the premiership.

Speaking of Steven Kearney, the head coach finds himself under pressure going into the 2020 season.

While he publicly has the support of CEO Cameron George, that could all change very quickly if the season starts poorly.

Kearney is going into his 4th season as head coach and the on-field results seemed to go backward in 2019 after the club re-signed him on a 3-year deal.

While chopping and changing coaches hasn’t exactly worked for the club in the past, new owners demand results.

Kearney may find himself out of the job before seasons end if the club is looking like missing the eight.

There is enough spark in players like RTS, Harris-Tavita, and Nikorima to ensure they will play some exciting footy at times this season.

But the unsettled halves, lack of experience at hooker and a forward pack that doesn’t stack up against the best sides in the competition mean that another bottom four finish is on the cards for the Warriors.