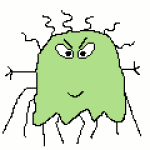 The St George Illawarra Dragons and the Manly Sea Eagles were both under pressure leading into this game losing their past 2 games.

In the end, the Dragons  completely outplayed the Sea Eagles to win 34-4 at Netstrata Jubilee Stadium.

Des Hasler’s Sea Eagles were missing key personnel but are in a form slump they have not been in since 2010.

The Sea Eagles were their own enemy with numerous unforced errors in their own half to put themselves under pressure.

That is to take nothing away from the Dragons.

This was perhaps their best performance of the season.

Going off the Dragons past matches against the Sea Eagles, they would have been very confident leading into the match.

The Dragons came into the game winning 4 out of the past 5 meetings between the 2 teams.

The Dragons had plenty of good performers tonight but Ben Hunt and Mikaele Ravalawa were standouts for the Red V men.

The 8th minute was the only time the Sea Eagles troubled the scoreboard through a try to Joel Thompson.

He hit a great hole at pace from a pass from Daly Cherry-Evans for the Sea Eagles to take an early lead.

Reuben Garrick missed the conversion for a 4-nil lead to Manly.

The next 20 minutes was a battle through the middle with each team trying to assert their authority on the contest.

The first team to crack after the period was the Sea Eagles with the Dragons big man Josh Kerr powering over to score from short range.

This was set up through a nice short ball from the new Dragons dummy half Hunt.

Zac Lomax converted the try for the Dragons to take the lead 6-4.

Only 3 minutes later the Dragons were in again. This try came against the run of play.

It started from a Cherry-Evans break who tried to off-load the ball.

Lomax intercepted the pass who found the flying Matt Dufty on the outside.

His blistering pace was too much for Joel Thompson and Dufty raced 50m to score.

Lomax missed the conversion to take the Dragons lead out to 10 points to 4.

The Dragons were not only on top on the scoreboard but the pressure they were building with very high completion rates.Th

This made it very hard for the Sea Eagles to mount any pressure themselves.

It took 13 minutes into the second half to see the first points scored.

Jorge Taufua was sin binned for taking out Matt Dufty on a kick and chase.

The Sea Eagles unforced errors again came back to bite them at the half-way mark of the second half.

Through a slick passing movement and a flick pass from Lomax,  Ravalawa beat his defenders to score in the corner.

Lomax kicked a great conversion from the sideline to extend the Dragons lead to 18 to 4.

Lomax was at it again 12 minutes later through another intercept from a Cade Cust pass.

He sprinted 55 metres to beat Brendan Elliott to score.

Lomax missed the opportunity to convert his own try but it took the score out to 22-4.

5 minutes later, Corey Norman  didn’t want to miss out on the action to score another four-pointer for the Dragons.

Norman retrieved the ball from a perfect kick and bounce from a Adam Clune kick to record a great team try by the Dragons.

Lomax again converted the try for the Dragons to skip out to a 28-4 lead.

With only a minute left on the clock, Norman was again in the thick of the action.

From a mid-field bomb he put up, Lomax battered the ball back to find Euan Aitken to find the stripe to score.

Lomax kicked the conversion to give the Dragons a 30 point winning margin and to give them a great confidence booster moving into the coming weeks.

Paul Vaughan agreed that this victory is “building blocks for the upcoming matches and a step in the right direction”.