Bulldogs edge towards wooden spoon with loss to Manly 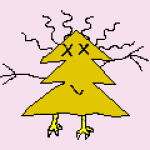 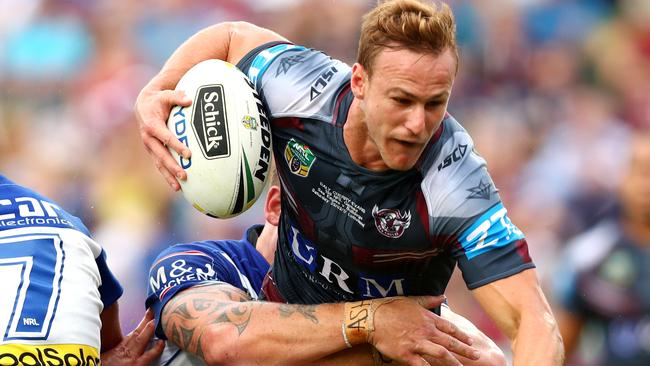 The Manly Sea Eagles have kept their mathematical finals hopes alive with a 32-20 victory over the Canterbury Bulldogs at ANZ Stadium.

The Bulldogs appeared set to snag their third win of the season after a strong side to the match but squandered their early ten-point lead through several poor defensive efforts.

Jake Averillo made an impressive start in his return to the starting squad, making a half-break before passing off to Matt Doorey for the first try of the night.

Manly looked set to score their first points of the night with fifteen minutes to go in the first half but were denied when Martin Taupau ignored the free players on his outside and instead cut back inside following a line-break.

Thankfully for Manly fans, the Sea Eagles didn’t have to wait much longer for their first try of the night.

Taniela Paseka split the Bulldogs’ defensive line to breathe some hope into an otherwise flat first half for his team.

The Bulldogs had a prime chance to further extend the lead before the break with three consecutive set restarts inside Manly territory, but they couldn’t convert.

Instead, the Sea Eagles would go the length of the park in the following set to score and level the match through Curtis Sironen’s third try of the year.

Brad Parker then gave his side a 16-10 lead on the stroke of half-time by running onto a flat pass thrown by Cade Cust at the line.

Manly continued their momentum at the start of the second half as Jack Gosiewski crossed after just four minutes of play.

Despite their dominance on the scoreboard, the Sea Eagles continued to struggle with their discipline and found themselves down 10-3 in the penalty count after fifty minutes.

It would eventually prove costly as a deft Jake Averillo kick fell nicely into the arms of Lachlan Lewis for the halfback to score.

However, it took Manly just two minutes to negate the Lewis try with Morgan Harper splitting the Bulldogs’ left-side defence to score against his former club.

When Martin Taupau picked up the scraps of his own kick and scored with twelve minutes to go, the result was all but sealed.

A try to returning Bulldogs winger Jayden Okunbor proved little more than a consolation effort as Manly held onto their twelve point lead until full-time.

With the win, the Sea Eagles move within two wins of the Cronulla Sharks, who currently sit in eighth place. They would require the Sharks to lose all three of their remaining matches in order to have a shot at making the finals.

Following the match, Des Hasler joked that his side had enjoyed singing the team song for the first time in seven weeks, stating that it’s been ‘far too long’ between victories.

“It was good to get the result tonight. We had to defend for some long periods and we showed some real enterprise in attack” Hasler said.

Bulldogs interim coach Steve Georgallis was left to lament a series of injuries that crippled his side’s chances this week.

Ofahiki Ogden and Luke Thompson missed tonight’s clash due to injuries at training, while Matt Doorey suffered a suspected PCL strain in the first half.

“I was really happy with the way they started the game, but missed tackles – particularly one-on-one tackles on the edge – really hurt us” he stated.

Manly will advance to play the Titans next Saturday afternoon at Lottoland.

The Bulldogs will have another chance to avoid the wooden spoon when they play arch-rivals South Sydney on Thursday.

3 Points – Daly Cherry-Evans – With his team missing several of their playmaking stars, Cherry-Evans stepped up tonight and was unsurprisingly involved in everything for Manly.

Three try-assists and a line-break topped off a fantastic outing for the half.

2 Points – Morgan Harper – Harper has been electric since returning to first-grade two weeks ago and the strike centre had his second strong outing in as many weeks.

He had one try, two line-breaks, six tackle-busts and looked dangerous every time he touched the ball.

1 Point – Tevita Funa – He’s no Tom Trbojevic, but Manly’s interim fullback has been much improved over the past two weeks after his up-and-down start against the Rabbitohs in Round 15.

Didn’t cross for a try but had three line-breaks tonight to go with seven tackle busts.

‘Mr Fix-It’ Mann signs an extension with the Knights