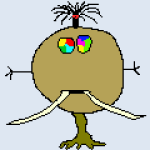 It is do-or-die on Saturday night at Bank West Stadium as the Parramatta Eels and South Sydney Rabbitohs fight to keep their 2020 campaigns alive.

The winner will book a date with Penrith next Saturday evening in a preliminary final.

Souths have named an unchanged 17, whilst for the Eels, George Jennings replaces Maika Sivo and Ray Stone comes in the 17 for Marata Niukore. Blake  Ferguson will face a fitness test.

However, Brad Arthur didn’t seem overly confident when speaking on the radio earlier this week.

With Ferguson now ruled out, a reshuffle is likely to see Brad Takairangi coming into the centres and Waqa Blake shifting to the wing.

At times last Saturday, it appeared the Eels would pull off a massive upset against the Storm.

They raced out of the blocks and established early dominance.

However, the relentless Storm reeled them in and prevailed 36 – 24. One very interesting stat was that the Eels only had 43 per cent of possession.

Very difficult to win any game with that stat, let alone against the Storm.

A repeat of this against the Bunnies will no doubt result in the Eels crashing out of the finals.

Souths were awful in the opening exchanges last Sunday.

Numerous errors lead to directly to Newcastle tries. However, once they settled, Souths dominated through their high octane attack, eventually running out winners 46 -20.

Some of the Eels’ right side defence was diabolical on Saturday night. There seemed to be a lack of communication and disconnection as a unit.

No doubt Arthur and his coaching staff would have worked overtime on that this week, given the threat the Souths left side attack poses.

For the Eels to win, they must control the ball and ensure they tighten up out wide. Look for Ryan Matterson to get at Cody Walker as much as possible.

Dylan Brown will be much better for the run. He and fellow halves partner Moses must control the tempo with deep kicks to the corners.

I would also look to mix it up and kick early in the count.

In an interesting tactical move,  Arthur, at this stage, has gone with a very mobile bench, with only one middle forward on it.

Look for the Eels, possibly later in each half to go small, with Stone coming onto to play in the middle along side Reed Mahoney.

This tactic, if used, will look to negate Cook around the ruck as well as Cody ‘ Kemba’ Walker drifting back to the middle.

Offensively it will give the Eels quicker leg speed through the middle.

The speed of play from Souths, at times, is frightening.

Lead by  Walker, who is in career-best form, they will test Parramatta at every opportunity, especially through their lethal left side.

In a great sign for the Rabbits, Damien Cook made some great, probing runs last Sunday.

Expect him to exploit slow Eels defenders in tight.  Souths pack has been excellent over the last couple of weeks.

Whilst not boasting many big names, they have been highly effective in laying the platform for Walker and the like.

The likes of  Tevita Tatola, Tom Burgess, and Jayden Su’A have been outstanding.

Cam Murray is a real key for Souths with his ability to get in between defenders and generate quick play the balls.

For me, it comes down to can Eels contain the free wheeling Souths?

In short, I believe they can. Look for the Eels to turn this into a real street fight.

However, I feel Souths will prevail late, in what shapes as a tremendous contest.

For those that indulge in the punt, we got the chocolates last week. Again, Eels at the start is the play.