Raiders defend their way to a win against admirable Titans 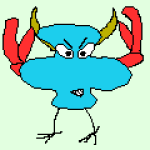 The Gold Coast Titans have proved their mettle against a superior Canberra Raiders outfit, matching the Green Machine for much of the game before eventually going down 4-20 losers at Kogarah Stadium.

In the early exchanges, it was clear that both teams had a point to prove. For the Canberra Raiders, they were still hurting from last week’s collapse against the Warriors, albeit in dubious circumstances.

Forward pass or not, players injured or not,  you never want to give up a four-try lead – especially at home in front of the newly-rabid fans in the capital.

For the Titans, they would have wanted to extend their two-game streak to three, and prove that they were in fact contenders after dismissing uninspiring Broncos and Cowboys outfits.

The determination from both teams was instantly on display.

It was the Raiders that would strike first after English halfback George Williams would put fellow countrymen Elliott Whitehead into a hole five minutes into the game.

Whitehead managed to find a steaming Jarrod Croker who seemed destined for the sideline before delivering a beautiful, Benji-esque flick pass to the renewed Jordan Rapana.

If the Titans were determined to stoutly defend early, this slicing play from midfield might have threatened to take the wind from their sails.

As it turned out, that early try would prove to be an anomaly in a gritty, defensive first half.

From that moment, Gold Coast muscled up, determined to bash their way through the middle of the park for points of their own.

The Canberra Raiders, for their part, were able to weather a storm of resolute effort – even if the polish was not completely there for the men from the Sunshine State.

The Titans were able to go toe-to-toe with the Raiders for much of the game. They have shown they are a better side than last year and real contenders for the Top 8.

Particular commendations must go to the former Melbourne Storm gun, Tino Fa’asuamaleaui. Tino was moved to Prop late last week and the move was official heading into Round 4.

While the positions may not seem inherently different in the modern age, Tino seemed to have taken on a more deliberate physical effort starting at 10.

He also managed to bust out monster statistics, playing a total of 71 minutes, running for a touch over 200 metres, busting 7 tackles, notching a linebreak and making 39 tackles in the process.

After a slow start, the mountain man is coming good for the Gold Coast faithful.

All of the efforts from the Titans would not go unrewarded and the Raiders were unable to see them off heading into the break, as Ricky Stuart would have so desperately desired.

It was the 37th minute when the somewhat quieter-than-last-week David Fifita managed to burst into the line, wrapping an offload to Tanah Boyd who was then open enough to find a sprinting Phillip Sami in space.

Sami held up the ball just enough to give Corey Thompson a sniff of the try line.

With plenty to do of his own, Thompson jinked and dived over, somehow managing to keep his feet from going out-of-play, while grounding the ball in the midst of a two-man tackle.

The two sides went into the sheds neck-and-neck, the Titans sure they must have been a chance against a team many consider to be Top 4 favourites.

Their hope would not last long though, when Josh Hodgson delivered a ball to a barnstorming Josh Papalii ten metres out, 9 minutes into the new half.

Unfortunately for the Titans, Jamal Fogarty was injured earlier in the match and his efforts, particularly in defence, were becoming a liability.

Even more, unfortunately, he was the man given the task of stopping a rampaging Josh Papalii, which would have been a big ask at the best of times.

The try, in combination with an earlier penalty goal, gave the Raiders a healthy lead that the Titans were never able to claw back from. Fogarty would leave the field.

The Titans continued valiantly for the remainder of the match but, as fatigue began to set in, the talent gulf between the two sides would prove evident.

In fact, the Titans enjoyed 53% of the ball, so it cannot be argued that they were the victims of a bigger workload.

Simply, the Raiders were able to defend what the Titans were offering in attack without too much trouble.

Eventually, the Titans resilience could only last so long and Ryan Sutton was able to seal the game in the 77th minute with a try of his own.

While it would have been disappointing for Gold Coast to go down when the game was so close earlier, they will take a great deal of heart from their stalwart performance, knowing that they can rumble with the big dogs of the competition.

For Canberra, they will just be grateful to be back on track after last week’s capitulation against New Zealand.

Two points in the bag and back to the Nation’s Capital to prepare for their Round 5 match against competition heavyweights the Penrith Panthers.