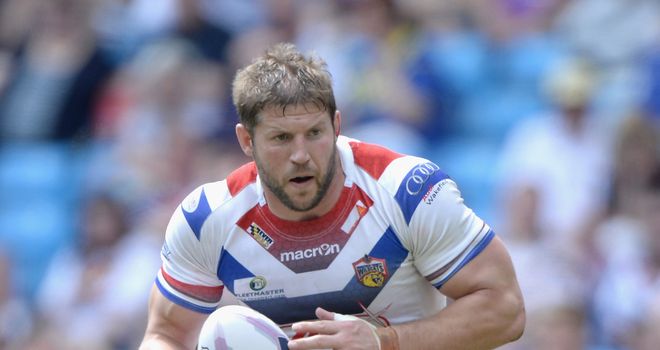 Since signing with the Wakefield Wildcats from the Bradford Bulls, Nick Scruton has impressed those at the club and as a result, the club has rewarded him with a new 2-year deal.

Scruton, 29, has played in a total of 189 games and has both grand final wins and Challenge Cup wins to his name.

Scruton is also a former English international and he wants to help the Wildcats make an impact in 2015 and beyond.

â€œFrom the moment I got here, I knew it was a club that I wanted to spend the next couple of years at as long as everything was going well on the field and everything has. Iâ€™m chuffed to bits to have another two years and hopefully we can move forward as a team and start being considered play-off candidates instead of relegation battlers.

â€œThe top eight over the next couple of years is a big incentive, itâ€™s where everyone wants to be. With the players weâ€™ve got and this run weâ€™ve been on itâ€™s completely within our grasp and itâ€™s something that everyone is working towards.

Knowing that he can get better, Scruton is pleased to have a new deal under his belt and is keen to make the most of the opportunity afforded to him.

â€œI didnâ€™t think it (the transfer from Bradford) would have affected my game as much as it did but those first few weeks I was garbage and some of the fans didnâ€™t hesitate in telling me,” said Scruton.

“Iâ€™ve not had that for a long time so Iâ€™m just glad Iâ€™m starting to show people what Iâ€™m capable of and why Wakefield signed me, and Iâ€™ve been rewarded with a two-year deal. As a prop forward at my age, hopefully Iâ€™ll be playing my best rugby for Wakefield Wildcats.â€

As Wakefield build their squad for 2015, coach James Webster is pleased to have re-signed a quality prop like Scruton.

â€œItâ€™s great news that Nick has extended his stay here at the club. Nick has been tremendous for us both on and off the field, adds a lot of experience and is a very influential player for us in the middle of the park,” said Webster.

â€œHe was somebody that I wanted to tie down as soon as possible and for a player of Nickâ€™s stature to commit to Wakefield is a fantastic boost for where we want to go.â€