Former Titans winger returns to the club on a trial basis 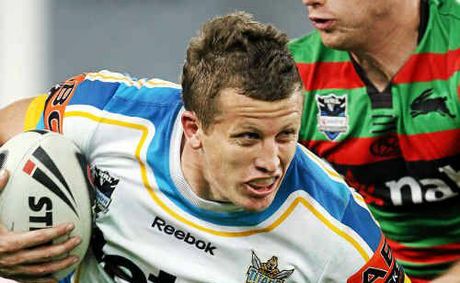 With the opportunity to return to the club where he made a name for himself, as the only Gold Coast Titans player to score 4 tries on debut, Jordan Atkins has returned to the Gold Coast on a trial basis, as he looks to earn a full-time contract.

With the departure of Beau Champion to Souths, the opportunity to grab a starting centre spot is available and Atkins knows that he will have to work hard to earn a contract, in order to get the gig.

“I haven’t spoken too much about it with Carty (coach John Cartwright), but I suppose with Beau Champion going there is a spot available,” he said.

“I’m just concentrating on getting fit. I’m a bit behind the rest of the boys at the moment. Hopefully in a few weeks I’ll be in the mix.”

The most important thing for Atkins, however, is being back on the Gold Coast, as well as the opportunity he now has, despite not having a 2013 contract yet.

“It’s an opportunity to be here back in Queensland playing – I had a few chances to go overseas and possibly stay in Sydney, but my heart’s here and I wanted to come home,” said Atkins.

Atkins, who is now in his second stint with the Titans, left the club a few years ago to play for the Parramatta Eels for two seasons – but given the chance to return, he jumped at it, citing that Sydney life was just not for him.

For Atkins, as hard as it was to leave the Gold Coast, this time around, he knows that he is a more mature and level-headed player than the one that left the Gold Coast a few years ago.

“Yeah, mate, it was really hard to leave. It’s good to be back, and Sydney sort of wasn’t my thing,” said Atkins.

“I had a good time and met a lot of good people and that, but it’s good to be home.”

“I feel like I’m sort of looking after myself a lot more these days – I was sort of a bit reckless when I was younger, and I’m just here to train hard and then take it from there.”