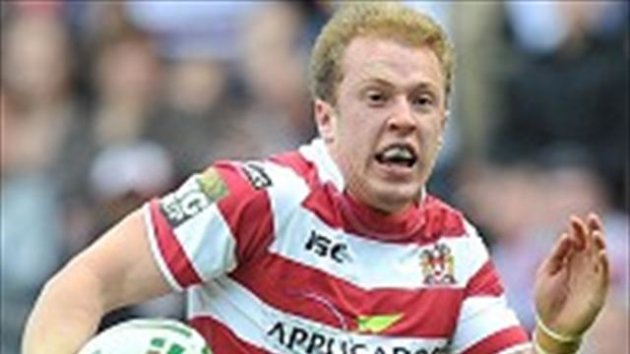 When you happen to be the understudy to perhaps the best fullback in the English Super League, game time is often hard to come by – and for young Wigan fullback Jack Murphy, that has been realised, so in order to gain first-team experience, the youngster has signed a 1-month loan deal with the Salford City Reds.

Training with his new team-mates today, Wigan have allowed the youngster to play against them during his loan-spell at Salford.

â€œIâ€™ve watched him develop. Heâ€™s a fine player and has been a good understudy to Sam Tomkins for the last 18 months.â€

For Murphy, he is excited at the opportunity with Salford and goes to his new club eager for first-team opportunities.

â€œThis is a good chance for me to get some first-team games under my belt,â€ he said.

â€œI am looking forward to meeting the Salford boys and competing for a place in the side.â€

Wigan have given Murphy their best wishes in the loan move to Salford, with Wigan’s Rugby General Manager Kris Radlinski, giving his blessing.

â€œThis loan move is a great opportunity for Jack to gain some more Super League experience and we are more than happy for him to head to Salford on a one-month loan deal.

â€œWe have an excellent relationship with the Reds and their head coach Phil Veivers and we feel this deal will benefit all parties.â€