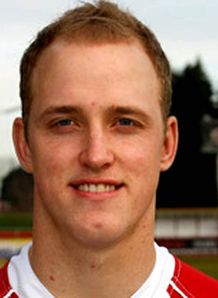 The shackles are off now that Hull KR have recorded their first win of the season, but their work is far from done, as coach Craig Sandercock wants his side to build on their win and gather momentum in their next few games.

Winning the game 44-18 over the Widnes Vikings, Sandercock was thrilled with the way his side played in the first half especially, as they raced out to a 34-0 lead.

“I was very happy with the first 40 minutes. We controlled the game and scored some very nice tries,” said Sandercock.

“It all goes back to possession. When you defend set after set like we did in the first two games, it’s awfully hard to defend.

“Today we had more of the ball and that gave us more energy. I thought we defended really well.

“This gives us two points and we are always confident in our ability.

“If you look at the first two games in great detail, we had chances to win both games. We now need to back this up next week against Salford.”

On the flip side, Widnes coach Dennis Betts was left rather disappointed at his side’s first half performance, as the errors came one after the other for the Vikings, resulting in easy points for the Rovers.

“Conceding 40 points is not good enough for this team anymore,” said Betts.

“We started the season well and I thought we could come in to this game and win.

“It was an arm wrestle and we broke first. They scored 10 points quickly from us throwing the ball on the floor.

“We compounded errors by not sticking to the processes we spoke about in the week, like working hard and getting to our kicks.

“We reverted back to what we were doing at the start of last season and they got on a roll. The scoring system will do that to you and you’re behind by 18 or 24 points in no time.