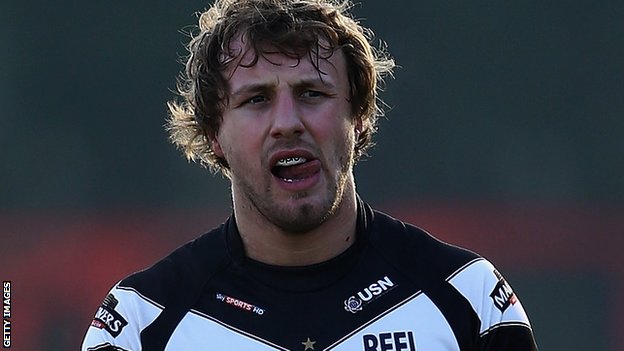 Having only just rejoined the Widnes Vikings from Super League rivals the Wakefield Wildcats, the club has acted swiftly to keep centre Chris Dean at the club for a couple more season – re-signing the talented centre until the end of 2015.

Dean, 25, has appeared in three of the club’s four games this season, with Widnes coach Dennis Betts heaping praise onto Dean and how much potential he has – potential that he is really starting to tap into.

â€œChris is now starting to realise his potential. Heâ€™s big, quick and skilful and has so much talent, itâ€™s actually quite scary,” said Betts.

â€œHe is a great bloke to have around the place and heâ€™s a confident and enthusiastic player who can really contribute to the success of this club.â€

Dean is just as excited with the new deal, thankful for the opportunity that coach Betts gave him to rejoin the Vikings.

â€œDenis Betts showed a lot of faith in me by bringing me to the club for a third spell and giving me a chance in his team which I canâ€™t thank him enough for,” said Dean.

â€œHeâ€™s brought a lot of confidence back into my game and Iâ€™m really enjoying my rugby.â€