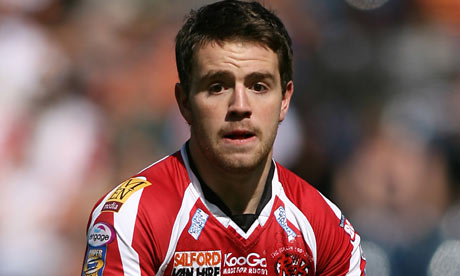 Defence wins games and for Warrington Wolves coach Tony Smith, he could not be happier after his side’s 46-4 victory over Salford, labelling it as his side’s best defensive performance of the season.

It was Richie Myler who stood out, scoring 2 tries and having a hand in three others, with Smith ecstatic about his side’s defence, knowing full well there is still room to improve, however.

“I don’t think we attacked very well. I thought we were very patchy, particularly in the second half, although we did some good things in amongst it,” said Smith.

“We lacked a bit of control but defensively we were outstanding and that’s really what we wanted.

“We’ve been critical of ourselves in recent times with some of the points we’ve conceded.

“To concede an intercept try only tells you a little bit about your defence. I think we applied ourselves a whole lot better.”

For Alan Hunte, Salford’s interim coach, he thought his side competed well when they had to, but that Warrington took their chances and took them well.

“In the first half I actually thought we competed defensively on the majority of our sets barring four, but Warrington showed how clinical they can be and made every one of those four sets pay,” said Hunte.

“We’ve just got to learn to be smarter and more patient. It’s not been the greatest six months and the guys seem to be carrying that anxiety.

“They have got to start enjoying rugby. We just look nervous when we’ve got the ball.”