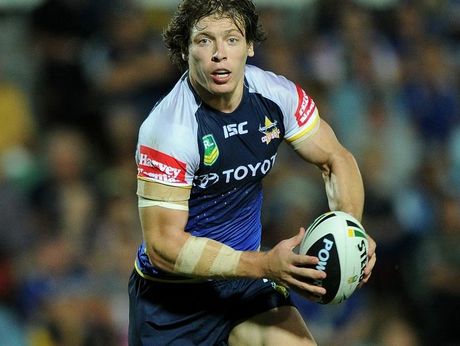 Not able to cement a first-grade spot in Melbourne, Rory Kostjaysn has found a home in Townsville and performed well, with the North Queensland Cowboys re-signing the talented utility for a further two years.

Joining at the end of the 2012 season, Kostjaysn has played all 15 NRL games this season, 35 in total for the Cowboys and 67 in total.

Becoming a mainstay in the Cowboys side as starting hooker, the club look forward to more of the same from the utility.

â€œRory has become a regular first grader with the Cowboys and we expect that will continue as he continues to develop his game here,â€ Cowboys general manager â€“ football Peter Parr said.

â€œHe has a tremendous work ethic and attitude to his football, and is highly regarded by his teammates and our staff.

â€œHeâ€™s one of those players who is ready to take on a more senior role with the Cowboys in the coming seasons.â€

Having a solid playing group is an asset for any player and for Kostjaysn, knowing that he had that around him was a big factor in his decision to stay.

â€œI love playing footy with these guys. Itâ€™s a real privilege to be teammates with people like JT, Matt Scott and Brent Tate.

â€œItâ€™s a really fortunate position I find myself in.

â€œIâ€™ve also been given a good opportunity by Greeny this year with the hooker role and I want to continue to try to make the most of that.

â€œWhat we are doing here is definitely heading in the right direction.â€