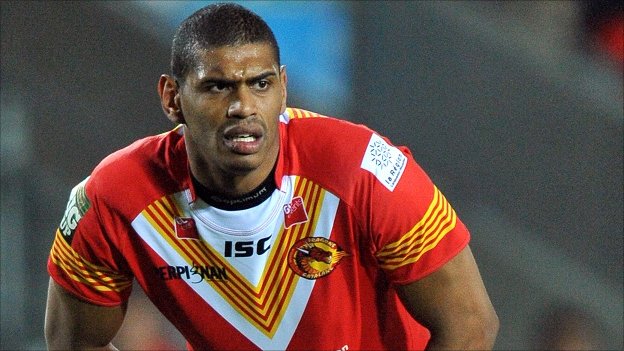 Some may say that they now have halfbacks galore but as the rugby league saying goes, ‘you can never have too much depth’ and with a host of young halves, signing a player like Leon Pryce is a boost for all of them.

Pryce, who joins the club from the Catalan Dragons was off-contract at the end of the year, has signed a 2-year deal with Hull FC.

The other half the club have signed is Marc Sneyd, a young talent from the Salford Devils, who recently enjoyed a loan spell with the Castleford Tigers.

Both players are enjoying respectable seasons for their current respective sides and are in the top 5 when it comes to try assists.

All players have reasons in joining a new club and for Pryce, the opportunity to play in the Hull derby is one that actively excited him. He brings experience with him and with a wealth of young halves at Hull FC, he is the perfect foil to guide the younger players and help them become better.

“It’s a big club with really passionate fans and that is what excited me,” said Pryce.

“I have grown up with the Leeds-Bradford derby and played in the Saints-Wigan derby, but now I am going to play in the Hull derby which was a reason I wanted to join Hull FC.

“Lee Radford is one of the main reasons I am coming over to play in Hull, he is a top class individual and I’m looking forward to playing for him and doing the best I can.

“I have been playing for a long time so I can bring plenty to the club. I played through two very successful periods with Bradford and St. Helens and hopefully we can get to a point where we challenge for trophies like that at Hull FC.

For the younger of the signings – Marc Sneyd – he is excited about the move and knows that the opportunity was too good to pass up.

“I am really excited about the chance to join Hull FC and looking forward to the move,” said Sneyd.

“I think for me it was an opportunity that was too good to miss. There is a good following of fans who are always really loud and loyal. I hope I can build a career here.

“It looks like a good challenge for me and a club that wants to go places. It’s exciting to know I can be part of that.”

Pryce has several accolades to his name, winning titles and making grand finals during his time with the Bradford Bulls and St Helens, as well as winning both the Harry Sutherland Award and the Lance Todd Trophy Award.

As for Sneyd, although he is still young, he has represented Ireland and knowing how good he is and how experienced Pryce is, the club knew they could not pass on the duo.

“There aren’t many better CVs in the competition than that of Leon and that experience will be great for our young halves like Jordan Rankin, Jordan Abdull and Harry Tyson-Wilson, who can learn from a Grand Final winner and former Super League Young Player of the Year,” said Hull FC coach, Lee Radford.

“That experience is invaluable and he is a great character for me to have around the club and work with the other players.

“With that experience comes age, but I don’t think anyone would question that when you look at how many games he has played over the last four seasons and has arguably been Catalans most consistent performer.”

When talking about Sneyd, Radford has seen just how well the youngster is playing and knows that both parties want success.

“Marc has had a tremendous season and Castleford’s form is in a good part down to that,” said Radford.

“He has a superb left foot kicking game and a fantastic touch on the ball, which we think will give him the opportunity to blossom into a really good young British half back.

“His signing compliments our move for Leon and hopefully he can learn from him to realise his ambitions for honours and international appearances which he wants to achieve at our club.”