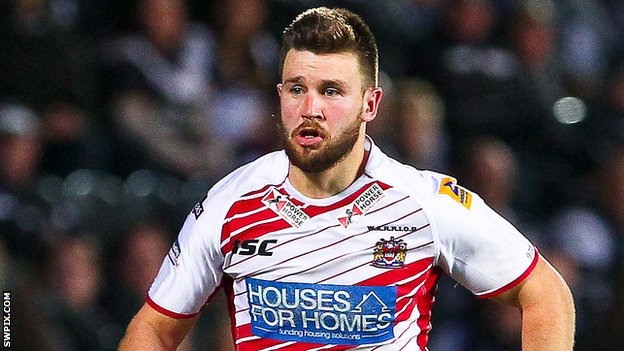 With a chance to shine for Hull KR from next season and cement a spot in their first-grade side, Wigan Warriors centre Darrell Goulding has signed a three-year deal from 2015.

Currently enjoying a decent spell with Wigan, the 26-year old former international has played more than 150 games since making his debut in 2005, playing in grand finals and cup finals during that time.

Knowing that a new challenge was needed in his career, having spoke with several clubs, he decided that Hull KR was the best fit for him.

â€œI think I needed a new challenge at this stage of my career and there were a few clubs interested. I spoke to them all but the ambition at Hull KR really stood out,” said Goulding.

â€œSpeaking to Craig Sandercock and Chris Chester, itâ€™s definitely a club thatâ€™s going places and the fact they wanted me so much was a really good feeling to have.

â€œIâ€™d love to repay their faith in me by coming over and getting back to my best form again. Itâ€™s a new opportunity and one that I think will probably reignite me.

With considerable experience to his name, Goulding is looking forward to the opportunity to mentor and guide some of the younger players coming through.

â€œIâ€™ve been fortunate to be part of a lot of success at Wigan and thatâ€™s something Iâ€™d love to replicate at Rovers. Iâ€™d love to be pushing for success over the next couple of years and thereâ€™s no reason why we canâ€™t,” said Goulding.

â€œIâ€™m also looking forward to the challenge of being one of the more experienced players in the outside backs and working with some of the young guys at the club as well.â€

Knowing that Goulding has won titles before and made numerous grand finals, he is the sort of player that Hull KR coach Craig Sandercock is pleased to have in his side.

â€œHe has been there and done that in terms of winning competitions and Challenge Cups and it’s a pleasure to have a thorough professional join our club,” said Sandercock.

â€œHe is a big game player and I’m really looking forward to working with him.â€