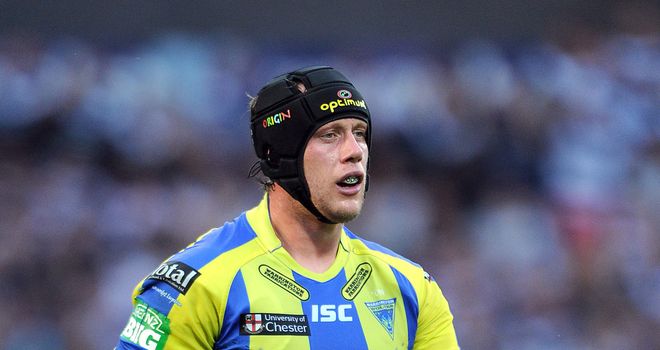 Prop forwards are the glue of making metres and when you have elite props, it makes games so much easier. So, that prompted the Warrington Wolves to re-sign in-form English prop, Chris Hill.

The new long-term deal will see the 26-year old stay with the Wolves until the 2019 season and with interest by some NRL clubs before opting to re-sign, it’s clear that Hill is making a big impact.

Having represented England at the recent Rugby League World Cup as a result for his good form, it is expected that Hill will also be a part of England’s Four Nations squad.

Signing with the club back in 2012 from English Championship side, the Leigh Centurions, Hill said the decision was not an easy one but he knows it was the right one.

“I am delighted to have signed again at Warrington,” said Hill.

“It was a tough decision for me and my family with the temptation of the NRL but the decision is right for us and I’m fully committed to the Wolves. I love it here at the club.

“With Tony staying on and Richard Agar coming in next year – who coached me at Under 18s with England – I’m looking forward to my many more years here. There’s a great bunch of talented players and we’re adding to it well too with the recent signing of Ashton Sims.”

Tony Smith, the Wolves current Head of Coaching and Rugby, knows just how talented Hill is and regards it as a coup to have retained the in-form prop.

â€œChris is a fantastic asset for Warrington Wolves. Since joining the club, he has progressed to be one of the best British players in the game. His willingness and hunger to improve is first class,” said Smith.

â€œIf there has been a better performer in Super League on a consistent basis, Iâ€™ve yet to see them. Not only is Chris a great player, but he is a quality young man and a great role model for our young players.

â€œDue to Chrisâ€™s performances at both club and international level, it comes as no surprise that there was interest from the NRL. To secure Chris for a further five and a half years is not only a coup for Warrington Wolves but a real boost for Super League.â€