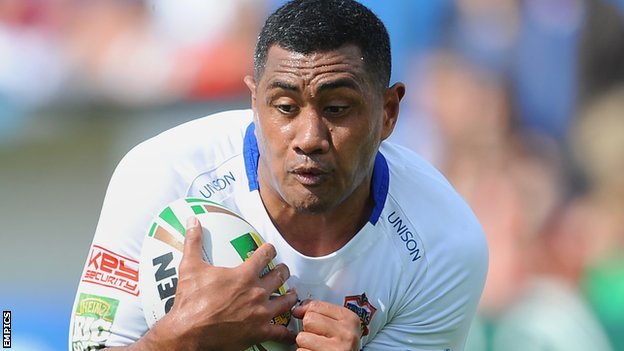 At 35, Ali Lauitiiti is showing no signs of slowing down, with the veteran forward to play on beyond his 37th birthday, after re-signing with the Wakefield Wildcats for a further two seasons.

The veteran turned 35 in July and after 224 Super League appearances since his departure from the New Zealand Warriors in 2004, he is pleased to be able to play on further.

“I’m grateful to get the opportunity to sign up again and thankful to the club,” said Lauitiiti.

“It’s been an enjoyable three years. It’s a great bunch of boys and the coaching staff are good so although we’ve had some tough times, the boys have stuck together and had a good team spirit.”

Lauitiiti has won his fair share of Super League grand finals and World Club Challenge success and is the sixth off-contract Wakefield player to re-sign.

“Not too many teams possess players with the impact and offensive ability that Ali does,” said Wildcats coach James Webster.

“Ali showed a great determination and willingness to play when he got back from his knee injury so we’ve got a player who is fully committed and I’m really happy we’ve got him on board.

“I’m really excited about what he brings to our group. There are very few people over the last 10 years that have been able to make an impact in Super League like he has.”