‘The Lumberjack’ signs with Bradford 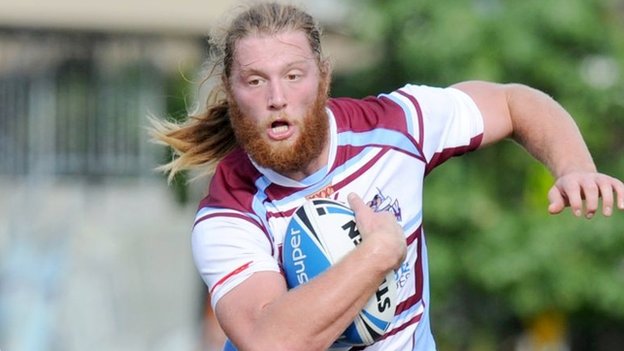 Rugby league, like most sports, often sees players given nicknames and Karl Davies has quite a unique one – ‘The Lumberjack’.

The Australian prop will play in England, after signing a 2-year deal with the Bradford Bulls, their eighth recruit for 2015.

Davies, who recently played for the Mackay Cutters in the Intrust Super Cup, believes he can offer the Bulls side plenty of go-forward and determination.

“I believe I can bring a lot to Bradford and am very excited about coming over to ply my trade with the Bulls,” said the 6ft 3in, 17st forward,” said Davies.

“I am an explosive and aggressive type of player, with a strong work ethic.

“Next season will act as a fresh start for the club and I am looking forward to getting my teeth into the Championship before, hopefully, playing in Super League the year after.

“The squad being put together looks very strong, there are some fantastic names on board and we are going to take some stopping.”

Set to arrive in the UK early next month, Bradford coach James Lowes believes the Australian prop will be an instant hit with the fans.

“He is an explosive prop and he is someone I know will excite our supporters,” Lowes said.

“You need good, solid front-rowers in any leading side and Australia seems to deliver them. They know the job and do it well.

“He is a young and very talented individual and I like what I have seen of him.

“He is eager to get across and get started and I believe he has the potential to be a good player for us.”