2014 Season Review by Any Chance 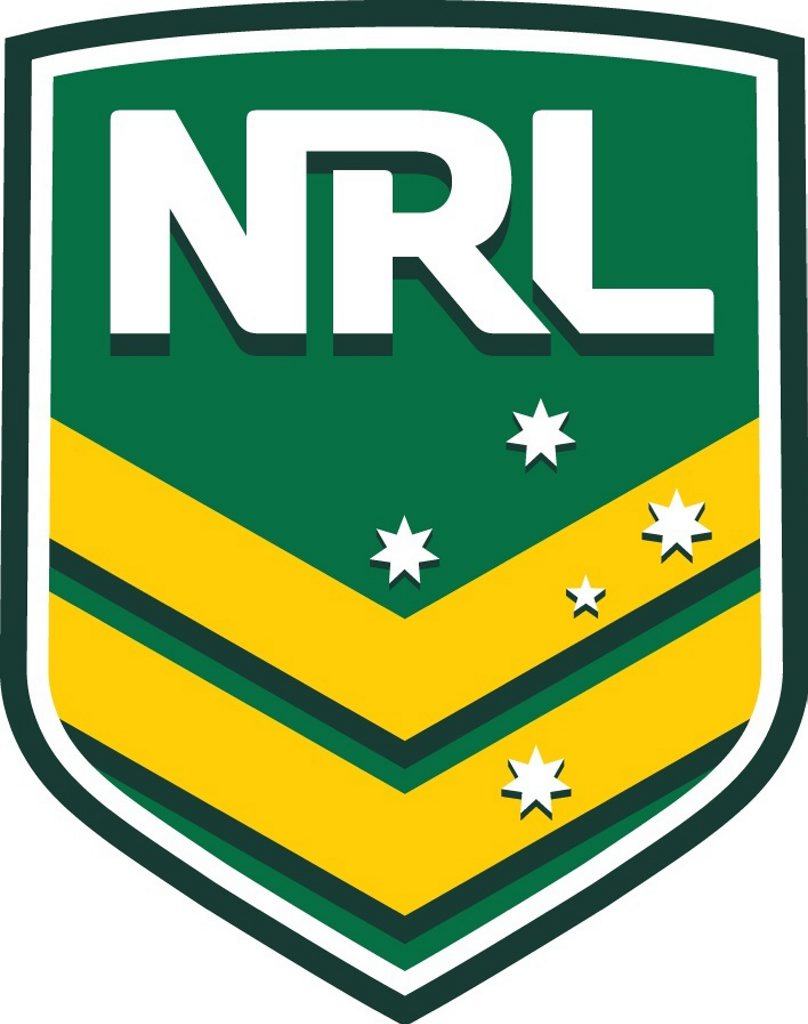 We have a new writer on board, a passionate New Zealand Warriors fan, Any Chance, as he casts his eye over the 2014 season that was and how all teams fared. Here are his views.

The 2014 season saw the South Sydney Rabbitohs participate in a grand final, the last one being 43 years ago and ending in spectacular fashion with a 30-6 victory over the Canterbury Bulldogs and star player Sam Burgess playing on with a broken jaw after a collision with fellow English international James Graham.

We’ll take a look at how your club fared in 2014 and what is expected next year.

Brisbane Broncos – 8th (eliminated round 1 in finals)
Sam Thaiday announced he would be stepping down from the captaincy role. Corey Parker took over and with new signing Ben Barba big things were expected from Brisbane, however, Barba initially struggled earlier in the season but later started to find his footing but was nowhere near the form he was in with the Bulldogs. The Broncos however, did reach the first week of the finals and were eliminated by North Queensland 32-20. With former coach Wayne Bennett heading back to Brisbane big things are expected in 2015.

Canterbury Bulldogs – 7th (Grand Final runners up)
With Ben Barba leaving the club, it was thought the club would struggle but young players such as David Klemmer, Moses Mbye, Tim Lafai are standing up and not to forget inspirational captain, James Graham. Towards the back end of the season, they were in a losing slump but managed to recover and hold on to 7th position during the regular season. In the Grand Final, they managed to remain 6-6 but in the last 20 minutes, the scoreline ended 30. We believe if the Bulldogs were to remain competitive for 80 minutes we could see them in the 2015 Grand Final.

Canberra Raiders – 15th
Losing a host of players most notably Blake Ferguson, Joel Thompson and Sandor Earl, this lead to another disappointing season for the Raiders with only 8 wins in the 2014 season. Watch out for young players such as Blake Austin, Jarrod Croker, Shannon Boyd, Edrick Lee and Tevita Pangai. Also watch out for Sisa Waqa, one of the best finishers in the NRL.

Cronulla Sharks – 16th
With the ASADA investigations and other off field problems, it caused a distraction for the playing group and missing Andrew Fifita through injury most of the season. Only winning 5 matches along with the wooden spoon is a season to forget and the most praise I give is to Ricky Leutele, who performed well in a losing side. Expect a better 2015 with Ben Barba and Michael Ennis joining the club who were team mates at Canterbury.

Gold Coast Titans -14th
Early in the season the Titans looked promising and were actually leading the competition after 6 rounds but losing key players such as Albert Kelly and Kevin Gordon to injury led to a form slump and saw the Gold Coast slip right down to 3rd last. 2015 could be a better season if players can remain fit.

Manly Sea Eagles – 2nd (eliminated round 2 in finals)
2014 was another good year with Manly progressing through to the finals and finishing 2nd in the regular season. They suffered a heavy defeat to the Rabbitohs in the finals 40-24 and were eventually eliminated by the Bulldogs with a 18-17 loss. With the loss of a couple of key forwards such as Jason King, Glenn Stewart and Anthony Watmough, expect them to take a while to find their feet but with signings such as Willie Mason, Feleti Mateo and Zane Tetevano, they will have no problem of that.

Melbourne Storm – 6th (eliminated round 1 in finals)
Although making the finals, the Melbourne Storm finished 6th in the regular season which is a bit disappointing for a team of their standard. Young Kiwi forwards such as Jesse Bromwich, Kevin Proctor and Tohu Harris were standouts this season and expect them to stand up in 2015 with their “spine” aging. Expect them to rely more on their forward pack.

Newcastle Knights – 12th
Newcastle made plenty of headlines this season losing young star Alex McKinnon who was tipped to achieve big things and supercoach Wayne Bennet leaving the club. Also missing Queensland Origin star Darius Boyd, it was a tough season for the Knights. It is also worth mentioning Joey Leilua had one of his best seasons. Expect a better 2015 with Cowboys forward Tariq Sims joining the club with a mouth watering Sims vs Burgess clash looming in 2015.

New Zealand Warriors – 9th
Having Sam Tomkins come across from Wigan and making a good impression in his first NRL season with some spectacular tries and his fancy footwork was a sight to see for Warriors fans. As always, the Warriors tend to be a shaky side and end up losing matches that they they easily could have won. If the Warriors are focused and can play for 80 minutes and if star players Shaun Johnson and Manu Vatuvei stand up as they did in the 4 Nations, the Warriors will be a force in 2015.

North Queensland Cowboys – 5th (eliminated round 2 in finals)
The Cowboys did not disappoint anyone this year, as they knocked out the Brisbane Broncos in the first round and in probably one of the best rugby league matches, fought back from 30-0 only to suffer a heartbreaking 31-30 loss to the Roosters. If the Cowboys can retain their form they had this season, they will have no trouble but expect the losses of the Sims brothers to have some effect.

Parramatta Eels – 10th
Earlier in the season, Brad Arthur had some tough asks and it was questioned whether he would make it as an NRL coach and with 4 from 6 victories, he didn’t go too bad. The Eels were continuing their good form but as they started losing players like Will Hopoate, Tim Mannah, Ken Sio and Willie Tonga through injury, it started to get disruptive and so it was an up and down season for the Eels. With some big losses such as superstar fullback Jarryd Hayne to the NFL, hard running prop Fuifui Moimoi and experienced centre Willie Tonga, the Eels will struggle in 2015.

Penrith Panthers – 4th (eliminated round 3 in finals)
With a host of new signings joining the Panthers such as Jamie Soward, Jamal Idris, Brent Kite and a few upcoming players like Dallin Watene-Zelezniak and Isaah Yeo, it was a breakthrough year for Penrith and were only 6 points shy of another Grand Final.

St George/Illawarra Dragons – 11th
In my opinon, St George could have performed better this season. In the very early rounds they looked promising but just couldn’t cut it with the top teams. Gareth Widdop fitted in well considering it was his first season at the club and with former Kiwi international Benji Marshall joining, it added further depth for the Dragons. Expect 2015 to be a better season if Benji and Gareth are firing.

Sydney Roosters – 1st (eliminated round 3 in finals)
The Roosters were favourites to claim back-to-back titles, with the only other team to have done so were the Broncos in 97 and 98. With a squad of quality international representatives such as Sonny Bill Williams and Jared Waerea-Hargreaves (NZ), Aiden Guerra and Anthony Minichiello (Italy/Australia) to name a few. They were expected to go all the way in 2014 and only missed the Grand Final by 10 points with 32-22 loss to arch rivals South Sydney. In 2015 they will be without captain Anthony Minichiello and Roger Tuivasa-Sheck will have big shoes to fill.

South Sydney Rabbitohs – 3rd (Grand Final winners)
It was a fairytale season for the Rabbitohs winning the Premiership and English forward Sam Burgess sent out in style wining the Clive Churchill medal who has left to chase a Rugby Union World Cup for England. Through the regular season, the Rabbitohs dominated through their strong forward pack who always put them on the front foot, with George Burgess in particular who shining. In his young career so far, he is already considered one of the best forwards in the game. Life without Sam Burgess will begin in 2015 and with Tom, George and Luke still at South Sydney, expect them to do it for Sam proud and possibly take them to another Grand Final in 2015.

Wests Tigers – 13th
Wests Tigers looked promising throughout the season with former 2005 Grand Final winner Pat Richards rejoining a young Wests Tigers squad and some good performances by young players Luke Brooks and James Tedesco the Tigers were expecting at least a top 8 finish. However, injuries to Tedesco and falling outs between coach Mick Potter and captain Robbie Farah led to disharmony amongst the playing group. If the Wests Tigers can stand together and their young players can perform and remain injury free, we will hope to see a Wests Tigers side that can re-capture the form of their 2005 season.