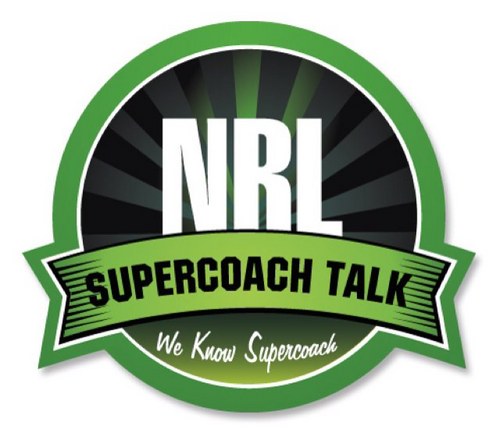 Every site needs fantasy articles and courtesy of fantasy gurus NRL Supercoach Talk, their articles will now feature on our site. With in-depth analysis and guys who knows what they are talking about, these articles will help all budding and experienced supercoach players to succeed.

This particular article of theirs focuses on the promising players to keep an eye from a supercoach perspective for the NRL Auckland Nines competition coming up this weekend.

So, without further adieu, here is their article written by user Chestbrah is Gospel:

ANALYSIS: Andrew McCullough will captain the nines squad, and is pushing to start 2015 as an 80 minute player like he did last year. However, I wouldnâ€™t bet on it due to the presence of Bennett favourite Travis Waddell and the Nikorima brothers. The Nikorima Brothers are aiming for a utility spot off the bench. There are reports that Kodi is pretty much out of the race for the fullback spot at this stage, and instead focusing on a utility spot. Fullback contenders Greg Eden and Lachlan Maranta will get a chance to impress in the absence of Jordan Kahu, who in my opinion is the favourite so far. Anthony Milford is a popular selection for SC and will make his Nines debut. The format should suit his play.

ANALYSIS: Sam Williams and Mitch Cornish will start to battle it out for the vacant halfback spot, assuming Blake Austin (who isnâ€™t named for the nines) has already nailed down the five-eighth spot. 18-year old half Lachlan Croker has big wraps on him and is worth keeping an eye on, but most likely wonâ€™t play first grade this year. Tevita Pangai Jr apparently would have made his first grade debut last year if it wasnâ€™t for 2nd tier salary cap constraints. The 18-year old is a giant and an outside chance of claiming a bench spot.

ANALYSIS: Michael Lichaa will make his Bulldogs debut. He is aiming to be an 80 minute player by round 1 but I highly doubt it given he played 45-55 minutes per game in NSW cup. Moses Mbye would be the frontrunner for a utility spot if Lichaa isnâ€™t an 80 minute player by round 1. Tyrone Phillips, Sam Perrett, Corey Thompson and Curtis Rona have all been named. They will fight it out for 2 backline spots assuming that Josh Morris, Tim Lafai and Brett Morris are nailed on. Contrary to popular belief, I do not think Brett Morris will play fullback, and am hoping Tyrone Phillips jags a spot.

ANALYSIS: Popular rookie Jack Bird has been named for the nines and will be aiming to have a spot in the back line come round 1. His main competition Gerard Beale and Ricky Leutele have also been named. Kyle Stanley starts at rookie price in SuperCoach, but he would be relying on injuries to be playing in round 1.

ANALYSIS: Josh Hoffman has not been guaranteed the Titans no.1 jersey and will have to contend for it with William Zillman and David Mead, who have also been named. Potential rookies Christian Hazard and Kane Elgey have big wraps on them, but I canâ€™t see them displacing incumbents Daniel Mortimer and Aidan Sezer who have been named as well. Popular pick Ryan James is definitely one to keep an eye on, as he looks to bounce back from an injury-filled season.

ANALYSIS: There are rumours that a Kieran Foran transfer to the warriors will be announced, but itâ€™s just speculation at this stage. Youngsters Clint Gutherson and Tom Trbojevic will get a run at the nines. Cheyse Blair is also in the mix for a CTW spot if the rumours are true that Steve Matai is on his way out. Feleti Mateo makes his Manly debut at the nines, and is priced reasonably for round 1 in SC. James Hasson, Michael Chee-Kam, Blake Leary and Dunamis Lui are competing for bench spots in the forward rotation. However, as we know from last year, it is unlikely that they will offer much Supercoach value even as cash cows.

ANALYSIS: Shaun Nona and Ben Hampton are contenders for the five-eighth role this season, but Blake Green (who hasnâ€™t been named for the nines) would have to be the favourite at this stage. Tohu Harris gets a chance to impress and offers plenty of upside in SC this year. There is even a chance he may kick goals if Smith misses the first few games of the regular season. Highly-rated rookie Nelson Asofa-Solomona is an outside chance of claiming a bench spot, and has been dubbed the next Sonny Bill.

ANALYSIS: There is plenty of competition for backline spots with the Knights. Mataâ€™utia brothers Chanel, Pat and Sione have all been named in addition to Jake Mamo and Carlos Tuimavave. James Mcmanus and Akuila Uate are also in the mix, but havenâ€™t been named for the nines. Jarrod Mullen will play in the nines this year, despite injuring his hamstring there last year. Popular FRF selection Jack Stockwell is a good chance of starting in round 1 and gets a chance to cement his spot going forward from the Nines.

ANALYSIS: Lachlan Coote apparently â€˜lost his passportâ€™ and wonâ€™t make it there this year (I have my doubts). Plenty of backline competition starting with the 9s as Justin Oâ€™Neill, Tautau Moga, Matthew Wright, Kyle Feldt, Zac Santo and Javid Bowen are all named. Jake Granville gets an opportunity at hooker, but Rory Kostjasyn and Ray Thompson are also there. Keep an eye on rookie giant Coen Hess.

ANALYSIS: Euan Aitken is a popular cheapie and has been named for the 9s. Fellow backline contenders Peter Mataâ€™utia and Eto Nabuli also have a chance to stake their claim. Shannon Wakeman is a good chance of claiming a spot in the Dragonâ€™s FRF rotation in round 1, but is named in the 2RF in SC.

ANALYSIS: The Eels have conveniently named their side in what appears to be by position. Will Hopoate is expected to play fullback this season and was name in the 1 jersey for the nines, however he has just withdrawn today with a groin injury. He played most of his junior footy there and was a fantasy weapon playing wing and FB at Manly. Chris Sandow will captain the Nines squad. Laugh if you must, but he will be the biggest beneficiary of the new kick and regather points and the Eels should lean on him more in the absence of Hayne. John Folau has been named in the 3 jersey and appears to be an outside chance of snaring a backline spot, but faces stiff competition from the likes of Champion, Morgan and Toutai as well as others who are not playing in the Nines.

ANALYSIS: Star halves pairing Mitchell Pearce and James Maloney will be playing in the Nines, giving us an early scouting opportunity. Maloney is in a contract year so there may be pressure on him to perform in the season ahead. We should get a glimpse of Roger Tuivasa-Sheck in his new fullback role, assuming he gets first crack.

ANALYSIS: Not much doing for the Panthers as Ivan has rested several key players, but still a few to keep an eye on. George Jennings and Isaah Yeo are candidates for a centre spot that may be vacant in round 1 due to Idrisâ€™ injury. Waqa Blake is a contender for this role as well but he has not been named for the nines. Api Koroisau gets an opportunity to make his claim for a place in the 17, as James Segeyaro has not been named.

ANALYSIS: Bryson Goodwin, Joel Reddy and rookie Aaron Gray are presumed to battle it out for a backline spot left vacant by Kirisome Auvaâ€™a. Highly rated rookie forward Chris Grevsmuhl will be pushing for a bench spot.

ANALYSIS: SC gun Shaun Johnson will be hoping for another huge performance at the 9s to start the year. Solomone Kata is a chance of playing in the centres round 1 if Konrad Hurrell is not fit in time. Tuimoala Lolohea is breathing down Chad Townsendâ€™s neck as both players battle it out for the 5/8th spot.

ANALYSIS: Kevin Naiqama is hoping to finally earn a first grade spot at his 3rd club in 3 years, and will get a run at the Nines. Tim Simona offers some upside in SC as a bounce-back candidate this year. Junior Kiwi rep Lamar Liolevave is pushing for a spot in the Tigersâ€™ back row rotation.