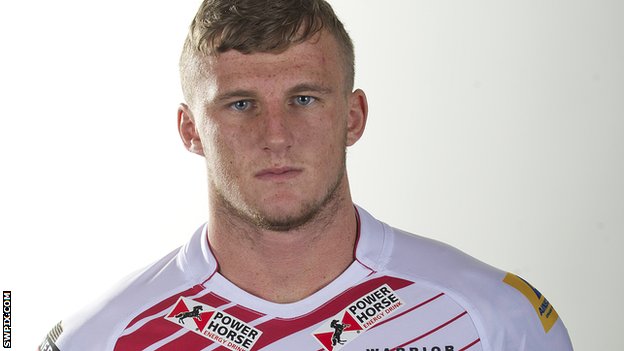 Making the most of an opportunity when it is given to you is important for any young player and Dom Manfredi has done just that, with Wigan rewarding him with a new contract on the back of his form.

Coming into the Wigan side in the absence of Josh Charnley who is out due to injury, Manfredi has taken it with both hands, being praised by the club for his efforts so far.

A local product with the Wigan side, Manfredi made his debut in 2013 and since then, has scored 14 tries in 19 games.

Initially on a dual-registration contract with Workington Town, now that he has full first-grade games under his belt, the club are pleased to have signed the promising youngster.

“I am very happy to get this deal done,” Wigan head coach Shaun Wane said.

“Dom is a player that I really like. He works hard in training, gets his head down and always wants to improve. He’s exactly the kind of person I like to work with and he’s very talented too.

“Whenever he has played for me he has done well and I firmly believe that he has a big future in the game.”

The man himself is pleased that the club have shown faith in him.

“To hear Shaun Wane praise me and say the things he has said is great,” Manfredi said.

“I will take any compliment off a coach that I respect as much as him.

“I have enjoyed my seven years at Wigan and it is an honour to wear the famous Cherry and White shirt.

“I plan to keep working hard now, taking any opportunities that I get and giving Shaun something to think about.”