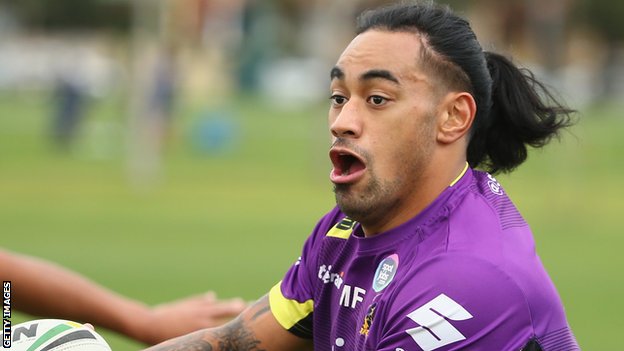 In need of some new back-line players, Hull FC have gone after Melbourne Storm utility back Mahe Fonua and they have their man. The centre/winger has signed a three-year deal with the club.

Fonua, who has been at the Storm for his entire career, recently became the first Melbourne born and bred player to play in 50 games in the NRL.

He came through the club’s pathways and system and the 22-year old now has a new challenge ahead of him, with the club disappointed to see him go but wishing him the best.

“Mahe has come a long way during his time in Melbourne and paved the way for aspiring junior rugby league players in Victoria,” said the Storm’s Director of Football, Frank Ponissi.

“As a Club we are disappointed to lose Mahe but understand he has to do what is best for himself and his family.

“We wish Mahe and his family all the best and know his focus will be to finish the season strongly here at Storm.”

With the departure of Tom Lineham to rivals Warrington, Hull FC knew they had to act and believe Fonua can fill that void.

The Tongan international should fit right into Super League and he is a player that coach Lee Radford believes will excite the fans.

“We were surprised to hear about his availability as a relatively established NRL player and it certainly shows we’re moving in the right direction in terms of our recruitment, as he wants to play for Hull FC and he is a player that excites us and will excite the fans,” said Radford.

“We’ve had some really good references from over there that make me feel really confident in what he can bring to the side.

“I think how he performs and how he plays speaks for itself with some wholehearted performances and I think he’s going to be a fantastic addition to our squad.”