A youngster and a veteran sign with the Titans Desperately needing someone to partner Kane Elgey for next year, the Gold Coast Titans may have found their man, signing boom Brisbane Broncos half Ash Taylor on a 2-year deal.

A talented player who has been excelling in the Holden Cup over the past few years, he is touted as a player of the future and joining the Titans is a chance for Taylor to make the most of first-grade opportunity.

The Titans have not only signed young but they have also signed veteran forward Zeb Taia, who joins the club from Super League side, Catalan Dragons.

Taia, who has previously played for the Parramatta Eels and the Newcastle Knights, has enjoyed a lengthy, quality stint with Catalans and the veteran always harboured a return to the NRL.

â€œI appreciate Catalans allowing me to go home and return to the NRL,â€ Taia said.

â€œWe have enjoyed our stay here and my goal here was to be one of the influential players in the team. In my first two seasons we made the finals which has been rewarding.

â€œBut I have never lost the desire to play in the NRL again and this is too good an opportunity to pass up. I am grateful for Catalans for being understanding and allowing me the opportunity to return to the NRL.”

Family means the world to Taia and doing right by them was the key, as he looks forward to helping the club rebuild.

â€œWe had a young daughter when we arrived and another was born over here, so this is an opportunity for them to be closer to family too,” said Taia.

â€œHopefully I can do some good things for the Titans as the club rebuilds.â€

Taylor has received plaudits from master coach Wayne Bennett saying he is ready for first-grade and Titans coach Neil Henry is looking forward to having the talented half and Taia at the club next season.

â€œAsh is yet to play in the NRL but he has shown his class and potential in the NYC competition and with the Junior Kangaroos this season and I look forward to him developing his game here,â€ Henry said.

â€œWayne Bennett saying he is ready for the NRL is a pretty fair recommendation. He has a good kicking game, excellent speed and a genuine footy instincts and maturity â€“ similar to Kane who has developed quickly since being brought into our side in round four.

â€œBoth are young Queenslanders who have bright careers ahead of them.

â€œZeb will also add to our forwardâ€™s experience and he feels like he still has quite a bit to offer the NRL. I expect he will become a valuable member of the Titans, like Eddy Pettybourne has done after returning from Wigan this season.â€ 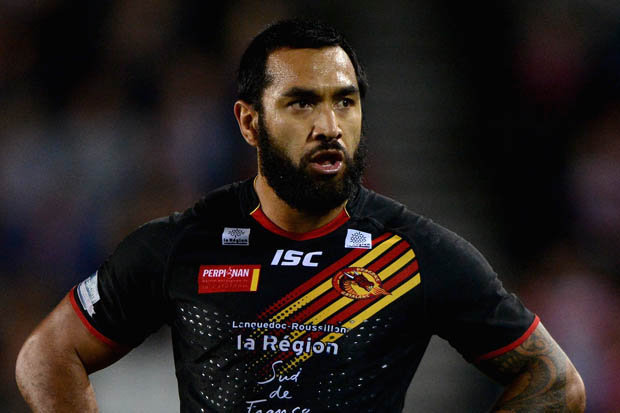