New deal for Sharks forward Prior 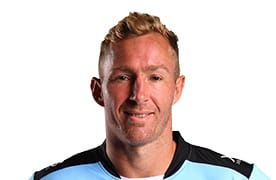 Not one of the big names in their forward pack, Matt Prior goes about his work in his manner but it has been recognised. The versatile forward has signed a new 2-year deal with the Cronulla Sharks from the 2016 season.

Prior, who joined the Sharks at the start of the 2014 season, has been a mainstay in Shane Flanagan’s side and is pleased to be given the chance to continue his association with the club.

â€œIâ€™m really pleased to have signed this new deal and to be staying at the Sharks for the next two seasons,â€ Prior said.

â€œIâ€™ve enjoyed my time here so far and with the team we have and the potential this squad has to do some good things over the next couple of years its exciting for me that I will be a part of it.â€

Prior to his move to the Sharks, the forward played in over 100 games for the St George Illawarra Dragons but an injury hit 2014 was a setback. 2015 changed it all, though.

He drew praise from Flanagan who made note of the fact that he may not be a household name, but knows his role and plays accordingly.

â€œMatty did an outstanding job for us this year and itâ€™s great we will have him on deck again in 2016,â€ Flanagan began.

â€œHe is one of those players who doesnâ€™t necessarily attract the headlines, but he is important to the team and carries out his role consistently well.

â€œMatt is the type of player every club needs and Iâ€™m more than happy he has re-signed with us.â€