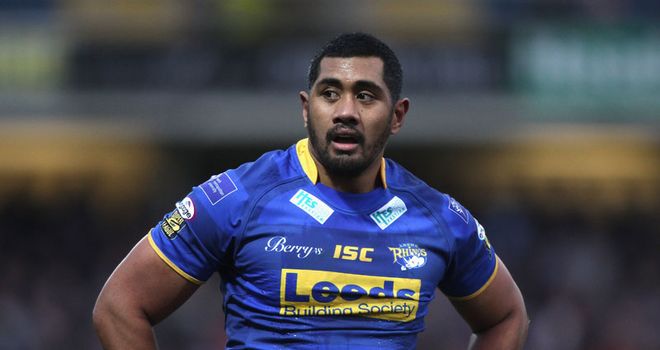 The favourite player of many New Zealand Warriors fans, they will all be cheering for the day, as former Warriors forward Ali Lauitiiti returns to the club he once called home.

The move back to the Warriors will wind up his long, illustrious career, as the forward looks back on what he has achieved in the game.

Lauitiiti’s return was confirmed by the Warriors Recruitment and Development Manager Tony Iro, with his experience and leadership crucial for the side in 2016.

â€œFor Ali, this is a chance to come back to where it all began,â€ said Iro.

â€œWith his depth of experience he has so much to offer us as a leader and mentor both on and off the field.

â€œIn realigning our squad, our goal was to retain and recruit quality players while also ensuring we had a strong blend of experience throughout the wider group.

â€œWhile Ali is 36 now, we saw he still has his range of skills when he played for Leeds against the Kiwis a few weeks ago.â€

Lauitiiti was Warrior #55 and for the Mangere East Hawks junior, he is pleased to have the chance to wrap up his career at home, where it all began.

â€œAs a family, weâ€™re excited about heading home after being away so long,â€ he said from Leeds.

â€œFor me, it couldnâ€™t be better being given this chance to come back to the Warriors. I left a long time ago but the club has always been really special to me.

â€œWhile Iâ€™ve kept training, Iâ€™ll have some catching up to do once I join the boys for training but I want to do all I can to help the coaching staff, the team and the club in any way I can.â€

Former player now current Warriors coach Andrew McFadden had the chance to see what Lauitiiti was capable of back in his own playing days and he also knows how important the experience is.

â€œAli has been an unbelievable player over so many years, which I saw first-hand while I was still playing,â€ he said.

â€œHaving more experience in our group is so important as we prepare for 2016 and beyond. A player like Ali will add so much with his knowledge and his leadership.â€