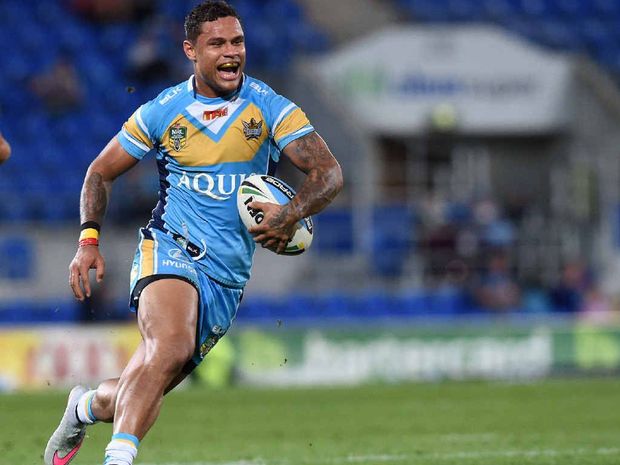 It was a 25-minute blitz that won the game for the Gold Coast Titans, as they scored 30 points in that time to lift themselves into the top eight.

The 30-18 win at Cbus Super Stadium over the Wests Tigers maintains their sound record at home, their fifth on the trot.

Their start to the game was not great, as two tries to Kevin Naiqama after 17 minutes had them reeling and trailing 10-0.

But no further points came until right on the cusp of half-time, when Daniel Mortimer dived over from dummy half to set up an interesting 2nd half.

From there, it was all the Titans, as their flurry of points put the game to bed, as just under 10,000 fans cheered at their teams win.

The Tigers simply had no answer in defence for the rampant Titans side, something that has long been an issue for them in the past.

“We know he can turn up and support but it’s an ongoing process for him and he’s starting to get a little bit more comfortable in his role but there’s still a long way to go with our halves combination.

Whilst his side may have conceded 20 or more points for the third week in a row, their goal-line defence and resolve pleased Tigers coach Jason Taylor.

“That scoreline we are not happy with and we’re not happy at all about that, but we defended our try-line,” Taylor said.

“Because of the amount of errors we made we defended our tryline really well, there was some really encouraging stuff from us tonight the way we defended our line but we just had to do it too often.”

The fast start for the Tigers ended up back-firing, with captain Aaron Woods lamenting his side’s loss.

“We didn’t earn the right to play footy and we were trying to throw it out of our bums too early,” Woods said, as only he can.

“We started off all right in the first 20 minutes and then the momentum swung and we didn’t handle it too well.