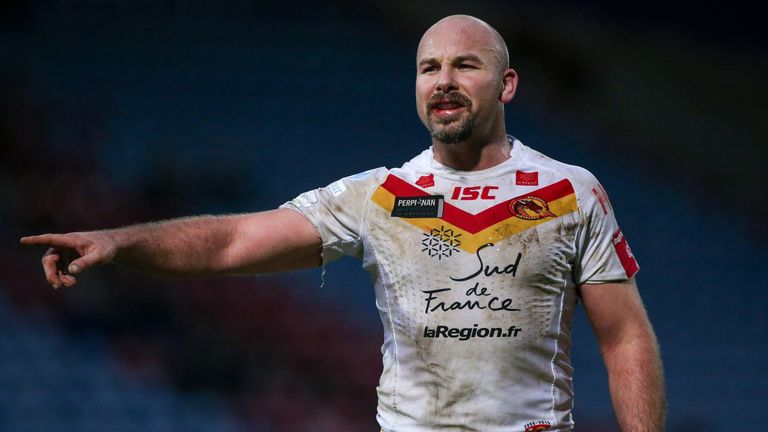 His new home will be the newly promoted Super League side, the Leigh Centurions, with the veteran signing a 2-year deal.

Stewart, who has previously played in the NRL for the Manly Sea Eagles and the South Sydney Rabbitohs, enjoyed his time in France and with Catalans but family reasons meant he had to move clubs.

“I have loved my time in France,” said Stewart.

“The Dragons have been really good to me and my family but my son, in particular, needed a bit of help with the language barrier and as regards his schooling he needs to be in a country where English is the primary language.

“Catalans were kind enough to grant me a release and one thing quickly led to another.

“We are excited about getting there, meeting everyone and settling in before pre-season comes along.”

Stewart was quick to point out, though, that he is here to play and perform for Leigh. He praised their efforts to earn promotion and is eager to be a part of the side.

“But I am not coming over for a holiday. It was an awesome achievement for Leigh to get into Super League and they are not going in there just to compete,” added Stewart.

“I want to play my best footy, achieve things with the team and repay Derek for the faith he has shown in me. It’s a big one for me and I can’t wait to get started.”

Now in the Super League, Leigh have pulling power to sign players and club owner Derek Beaumont is thrilled to sign the rugby league veteran.

“This is a massive signing for our club. In order to be a top Super League side we have to be able to attract the top players and this is evidence of not only our intent but our ability to do that,” said Beaumont.

“Glenn’s addition takes us to another level on and off the field and will make attracting other top players more possible.”