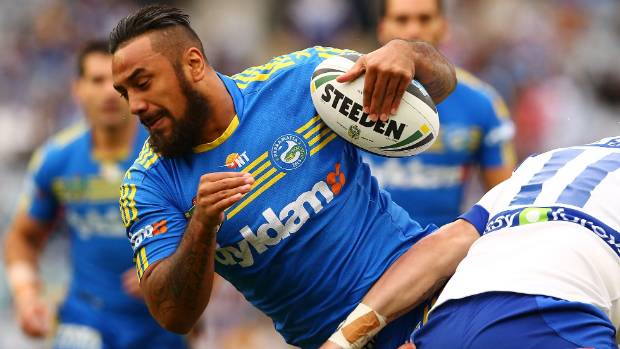 His track record does not work in his favour and the latest incident has reports suggesting it could be the straw that broke the camel’s back, as Kenny Edwards is once again in the headlines for the wrong reasons.

The Parramatta Eels back-rower has become a cult hero at the club and is famous for the ‘Kenny cramps’, as in recent times, he has enjoyed a resurgence at the Eels.

However, just when things were looking up for the Eels, this recent incident has seen Edwards charged with intimidation and common assault against partner Madison Campbell.

It has been alleged that during an argument between the pair, Edwards poured alcohol onto her.

A police statement has since been released.

“It is alleged the man poured water and alcohol over the woman during an argument.

“The man was taken to Parramatta Police Station and charged with common assault (DV) and intimidation.”

The matter will be heard in Parramatta Local Court today, with Edwards granted bail on the conditions that he does not assault, harass, threaten, intimidate or destroy property belonging to Ms Campbell.

Previously, Edwards was involved in a drugs drama that saw him cover for a team-mate when it came to a urine sample, implcating Edwards in the incident due to the switching of tests.

The Parramatta Eels club are yet to release a statement.