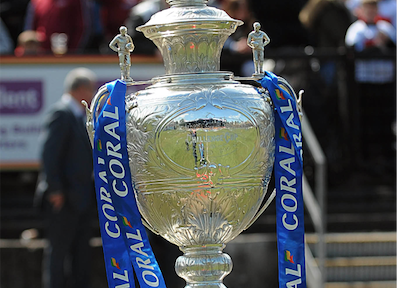 THE Rugby Football League in England have confirmed the 2020 Challenge Cup final will be played on Saturday, July 18.

The July date is available as a result of Wembley’s extensive involvement in the UEFA Euro 2020 football finals in June and July.

It will be the first time since 2004 when St Helens beat Wigan in Cardiff on May 15, that the Challenge Cup final has not been staged in August.

Tickets will go on general sale in October.

We wanted to give our supporters as much time as possible to plan for that.

“It means that rugby league’s big weekend at Wembley will occur on the weekend after the final of the Euros and Wimbledon and the weekend before the Opening Ceremony of the Olympics, so a fantastic opportunity within the summer of sport next year.

“It will also be at a time when fewer people are away on holiday and we will be working hard over the next 11 months to make sports fans, families and event-goers aware of what an amazing event it is with such extraordinary athletes performing on the pitch.

“With the final being played during term time, it gives us a great opportunity to work with schools that play rugby league, particularly focusing on the significant number of schools in London that play our sport.

“It will be the first time in the Challenge Cup’s 123-year history that the final has been played in July.

“We hope that rugby league supporters will embrace that opportunity and help us make it a big success.”