How to keep our kids playing Footy! 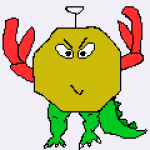 It’s that time of the year! Empty footy fields in January are now being filled up with thousands of excited kids, fired up for the new season ahead!

Returning and new kids all choosing to play the greatest game of all!

That same footy field is also surrounded by us adults!

Excited and nervous coaches and parents – we all want our kids to do well, right!?

Different coaches’ parents and clubs have different ideas of what success looks like!

Some are fun-focused, some are results-orientated, some quietly sit on the sideline, hoping their kids don’t get hurt, others want their kids to put their body on the line for the win-at-all-costs.

I’m a Coach, a Parent, and part of a great club.

I’ve seen some teams who’ve stayed together for many seasons.

I’ve seen clubs go out and somehow gain the biggest and best from other teams and districts to win another premiership!

What’s the difference between one and the other? Why do some clubs retain a large percentage of players whilst others struggle?

From my journey, here are a few ways to keep your kids playing Footy! Cheers everyone! BRING ON THE FOOTY!!