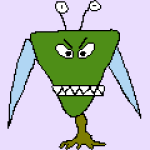 Super League takes a welcome break for four of the teams already eliminated as they all need to get players back and improve drastically remain in contact with the top six for finals rugby come the end of the year.

This week 8 teams play in the Quarter Finals of the Challenge Cup with all looking to make it to the legendary Wembley Stadium.

Two games were played on Friday evening at the Emerald Headingley Stadium in perfect conditions for rugby, unlike the games on Saturday which were played under weather that wouldn’t look a miss in the Amazon.

The opening game on Friday evening was all set up to be one of the games of the season with the in-form Dragons and sputtering but talented Wolves, however, it was job done for Warrington and nothing more.

The Wire were in control of the game from the opening minutes after Catalans front-rower Gil Dudson was sent to the bin.

Hooker Daryl Clark who is strongly linked with the Gold Coast Titans looked as good as ever behind a dominant pack grabbing himself 2 tries before leaving the field in the last 10 with a sore pec.

Gareth Widdop showed signs of the player he was for St.George in the NRL for many years with some classy touches and keeping the scoreboard ticking over with 2 conversions and 2 penalties.

Greg Inglis showed glimpses that there is still a great player in there but won’t be thanking his coach for playing him at full-back.

A late Mike McMeeken try converted by James Maloney to give the poor Catalans a glimmer of hope which wasn’t to be.

By far the better of the two games between a team on the rise under the coaching of Ian Watson and the top tier half-back Aiden Sezer, but even that wasn’t enough to beat the Saints.

Huddersfield opened up the scoring on 6 minutes after a clever short kick from Sezer allowed front-rower Lawrence to dive on the ball for the easiest try of his career.

Saints hit back 10 minutes later after a ricocheted kick was pounced upon by Regan Grace who finished well in the corner, his centre partner crashed over in exactly the same spot on the field to give Saints the lead.

Giants scored 9 minutes later with arguably the finish of the season so far after smart play on the short side allowed Ricky Leutele to show off his quick hands and winger Darnell McIntosh finished acrobatically in the corner.

Regan Grace got his second of the match with another strong finish in the corner to give Saints the lead, French international Theo Fages nudged over a drop goal on the 52-minute mark to consolidate the lead.

Darnell McIntosh was in again for his brace to bring the game back to just a one-point differential, but it was Saints who advanced to the semi-finals after Regan Grace scored with yet another strong finish to claim his hat trick.