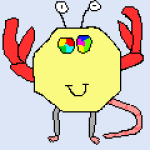 Anyone could be excused for not watching the full 80 minutes of this match. A game tipped by many as a battle of two wooden spoon contenders.

The Cowboys looked to have the upper hand for most of the contest thanks too a couple of early runs from Tom Dearden.

The much maligned number 6 showcased his brilliant running game to set up Tom Gilbert’s try in the 15th minute.

The Bulldogs were down to 12 men just five minutes later when Jack Hetherington was sent to the bin for a 4th penalty in quick succession against his team.

Jake Averillo looked to have levelled the scores three minutes from halftime after a rare chance from the Bulldogs.

He was denied by the bunker in a decision that will cause some debate from Dogs fans.

The second half was much of the same from both teams with error riddled football in tough conditions, before a brilliant piece of skill from Braidon Burns put Jayden Okunbor over in the right hand corner.

With torrential rain coming down in the last 15 minutes and the Bulldogs losing four players to H.I.A you could have excused them if they let the cowboys snatch victory from them.

That looked to be the case when Coen Hess chased through a Chad Townsend kick tapping it back to the fleet footed Hamiso Tabuai-Fidow.

Tabaui-Fidow looked to have scored the match winner with 2 minutes left on the clock before the bunker ruled the speedster to be offside.

This game won’t be played in any highlight reels going forward, however, a win for the Bulldogs in this fixture will do a world of good for their confidence going forward.