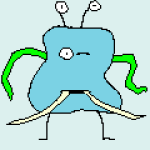 Back at home for the first time since 2019, Cronulla have won their first game with a nail-biting 18-16 victory against Parramatta – thanks to a Nicho Hynes game-winning conversion after the siren.

The developing combination of Matt Moylan and Nicho Hynes spearheaded Cronulla to a hard-fought win in their return to Pointsbet Stadium.

Parramatta struggled with quality ball possession early, and Cronulla struck the first blow with a try to Ronaldo Mulitalo in the 11th minute.

A quick backline movement on the left found Mulitalo, who broke through Gutherson’s tackle to score from 20m out.

Nicho Hynes failed to convert striking into the breeze, and the windy conditions troubled both teams during the eighty minutes.

The Eels looked to have broken through shortly after,  as Mitch Moses sent Bailey Simonsson over with a beautiful cut-out ball – only to have the former Raiders winger’s try disallowed thanks to the touchline.

Cronulla struck again,  with Hynes and Kennedy linking up once more – this time on the right – to send Sione Katoa over in his 50th NRL game to lead Parramatta 8-0.

The Sharks were forced to defend their line for three consecutive sets – and looked to have kept the Eels to zero leading into half-time until Moses dazzled the defence with a short chip which Gutherson picked up.

The Eels fullback regathered the ball, quickly tapping it onto Dylan Brown on the inside, who gave it off to Moses to finish the play he instinctively started.

Nine minutes after the break, Parramatta took advantage of a penalty against Wilton to level up the score at 8-8.

Another Gutherson penalty goal in the 54th minute gave the visitors the lead for the first time in the match –  yet it wouldn’t be for long.

Not to be outdone by his opposing halfback, Hynes took control of the game, leading to a try assist in the 57th minute.

He capitalised on Mahoney’s defensive error – beating two players on the left to throw a no-look pass to Tracey.

With Nicho Hynes unable to convert, the Sharks led 12-10; but it wouldn’t be long until the lead again changed hands.

Shaun Lane broke the line, stepping on the inside of Hynes and setting up Mahoney to give the Eels a 16-12 lead with 18 to go.

With ten minutes remaining, Cronulla looked to have scored through Braden Hamlin-Uele, with the Sharks prop stopped over the line by a desperate Gutherson.

However, it wasn’t until the game’s final minute that they would break through the Eels’ defence once again.

Trailing 16-12 with fifty seconds left on the clock, a Matt Moylan short ball found Teig Wilton close to the line to give the Sharks a shot at converting for the game.

Nicho Hynes stepped up to give Cronulla their first points of the season to convert his first of the game – and arguably the most important.