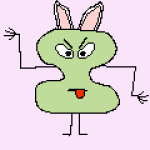 Both the Brisbane Broncos and Cronulla Sharks took a while to get into their attacking rhythm with each team trading handling errors in the opening quarter of the match and blowing good opportunities to score first.

It was Matt Moylan who made it look all to easy with a cheeky grubber through the Broncos goal line defence and regathered under the posts.

In the lead up to this match much was spoken about the dual between the two of the most damaging centres in our game.

Siosifa Talakai, coming off his career best match against Manly that skyrocketed him into being one of the most damaging ball runners in the game.

Kotoni Staggs who, after a slow start by his own standards, has found form that has him in the mix for a sky blue jumper later this year.

Cronulla gave Talakai early ball again in the opening stanzas in the hope he would replicate the same efforts.

Staggs, however, was a man on a mission in defence and led the battle early on points with some crucial one on one tackles close to the line as well as limiting his yardage coming out of the Sharks end.

Staggs then reminded us whatever Talakai can do with the footy, he can do better with a brilliant individual try.

The Blues hopeful completely stood up Talakai and Mulitalo with speed and strength delivering a near knockout blow in the battle between the two centres.

The teams looked to head into the half-time break all locked up before a smart piece of play from Nicholas Hynes saw him nurse a field goal through with the final play of the half.

Craig Fitzgibbon would have been disappointed with his sides ill-discipline in the first half and before he could even get to the coaches box for the start of the second-half the Sharks had already conceded a penalty and found themselves under pressure early.

They managed to defend their line and force a rushed grubber kick that went straight to Moylan but he couldn’t get pick it up cleanly and the Sharks were forced to do more tackling.

This time, however, Brisbane found a way through some tired Sharks defence.

Herbie Farnworth showed why plenty of clubs are chasing his signature as he evaded Jesse Ramien to slam the ball down for the lead.

It was all Brisbane in the early stages of the second half and with a bust from deep in his own end, Corey Oates gave his team a fresh set of six 30m out from their try line.

The weight of field position proved too much for the Sharks goal line defence and a late offload from Thomas Flegler gave Kurt Capewell time and space to beat his man and reach out to make it back-to-back tries in 10 minutes.

The Broncos played a near perfect half of football, completing at 100% for the first 25 minutes after the break, forcing Cronulla to work it from their own end every set.

Cronulla had multiple opportunities to hit back but some stout-hearted defence combined with quick line speed from Brisbane frustrated the sharks and in particular, Hynes, who made multiple errors trying to force his hand.

The Sharks finally managed to get over the line in the dying stages of the match but Staggs wasn’t about to let his guard down and give his opposing number a consolation try.

To sum up his night, Staggs was able to hold up his opposite number, and put an exclamation mark on his knockout victory over Talakai.

It was a particularly impressive victory from the Broncos who lost their captain Reynolds to a HIA for 15 minutes and inspirational leader Haas who left the field with 30 minutes to play with an AC joint injury.

The win puts them inside the top 8 with 4 wins from 8 matches.

The Sharks will look to turn it around next week when they face the Warriors.