A second half demolition saw an impressive Melbourne Storm outfit jump to the top of the ladder in preparation for next week’s blockbuster against the Penrith Panthers through a 42-6 win over the St George Illawarra Dragons.

Following a Friday night upset, Melbourne fans marched into AAMI park with expectations to finish the afternoon on top of the ladder.

The Dragons made the trip down to Victoria with hopes to end a 23 year losing streak in Melbourne, equating to fifteen straight losses.

Apart from a Jesse Bromwich no-try, the opening fifteen minutes consisted mainly of back and fourth sets until Melbourne looked to post the first points of the game through a penalty goal for a late hit on Jahrome Hughes.

To the surprise of many, Ryan Papenhuyzen missed the reasonably simple conversion, and the scoreboard remained unaltered.

Reimis Smith was ruled out of the game early, with a suspected torn pectoral muscle that could rule the centre out for an extended period, leaving the young Tyran Wishart with a big day ahead of him.

After yet another no-try to the Storm, the deadlock was finally broken through a moment of Papenhuyzen brilliance, as he scored in his tenth straight game at AAMI park.

Cameron Munster swooped in on a St. George Illawarra knock-on to unleash Nick Meaney who absolutely flew down the length of the field to score Melbourne’s second of the afternoon under the posts.

The conversion brought a slightly more comfortable 12-0 lead for the Storm, which would be the half-time scoreline.

It took the Storm ten minutes into the second half, before scoring a brilliant team try that sent a ginger Papenhuyzen over for his second.

an already sore knee, Papenhuyzen appeared to injure his left hamstring before exiting the field which put an end to another dominant performance of his.

Following a penalty goal, the Storm crafted a try from almost nothing as Munster found his fellow halves partner, Hughes, through a cross field kick that gave the Storm a 26-0 lead following the Meaney conversion.

The flood gates had well and truly opened with twenty minutes remaining, as Munster again exposed the Dragons by running straight through their front line to score next to the posts.

The conversion saw the Storm break the all time record for the most points through nine rounds (325), previously held by the 1935 Sydney Roosters.

One of the milestone men, Nelson Asofa-Solomona edged his name into the scorebooks in game 150 as he pushed his way through the line to score a tribute try to his late father, and edge his side even further in front with eleven minutes to play.

Jack De Belin provided the Dragons some consolation to take away from the game, crossing over to give his side their only points for the day.

The final five minutes of the game brought another try to the Storm, seeing Trent Loiero score his fourth career try to cap off a second half thrashing to gain top spot on the ladder.

Harry Grant and Munster had an absolute field day, as they led from the front for Bellamy’s men and dominated the Dragons line.

The victory came at the expense of injuries to key players, as Papenhuyzen’s origin claims may be in possible doubt with game one not too far around the corner.

The Storm will more than likely have to head over to Brisbane without the likes of their first choice full back and right centre to play their recent rivals, and second placed Penrith in a top of the table blockbuster.

While a second half blowout saw the Dragons disgraced on the scoreboard, it was not completely reflective of the first half where they withstood the Storm quite well.

The travelers dished up a lackluster attacking performance, struggling to challenge the Storm’s defence throughout the day. 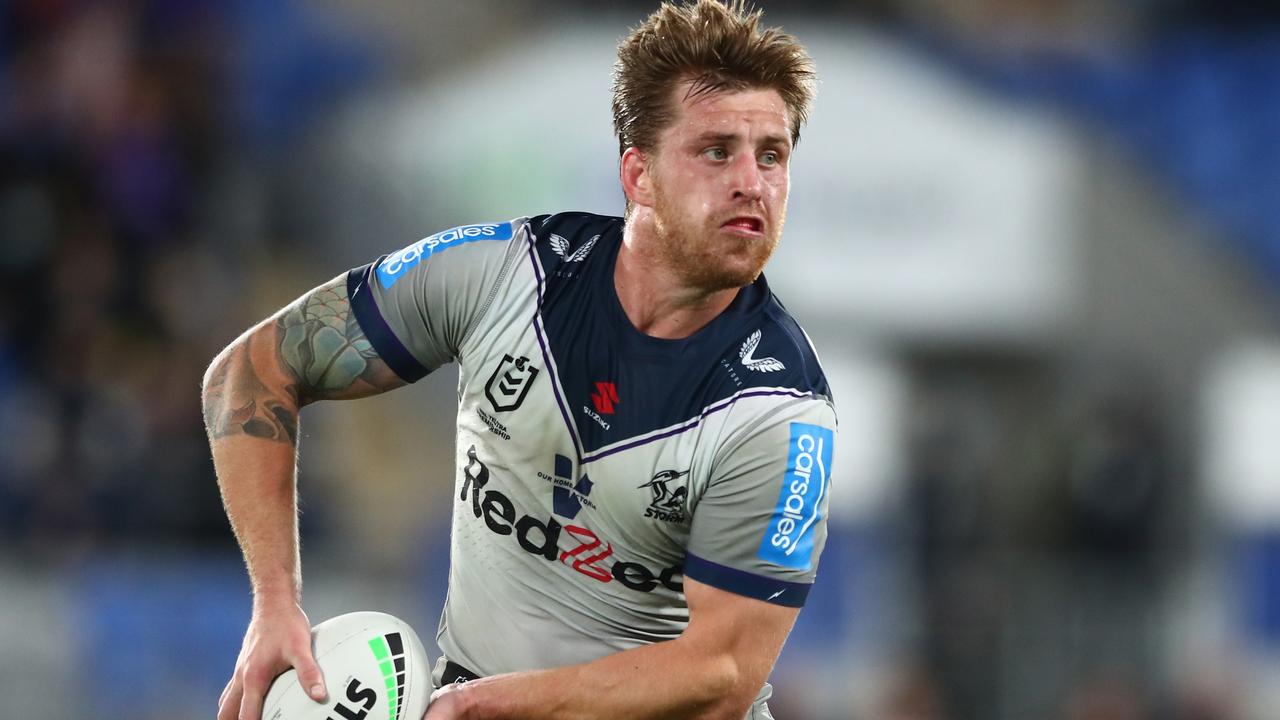