Mitchell the difference as Rabbitohs defeat a rejuvenated Bulldogs side 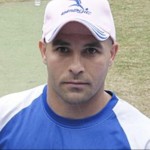 The lead changed seven times in this engaging encounter, with the win cementing the South Sydney Rabbitohs place in the top eight following their win over the Canterbury Bulldogs.

Late withdrawals were always going to be an issue in the first round match after a gruelling State of Origin campaign and in a continued period of global pandemic.

Aaron Schoupp was a notable absentee for the Bulldogs while Damien Cook and Cameron Murray were out for the Rabbitohs.

It’s fair to say that the Bulldogs are a different side since Mick Potter took over the head coaching role from the under-performing Trent Barrett.

An oft-overused cliché is in any way valid: the Bulldogs now appear to play ‘with the shackles lifted’, and in many stages through this match appeared to be a hark to the dominant ‘Entertainers’ side of the 1980’s.

With Lachlan Ilias’ side donning black armbands to show solitude after he lost his grandfather during the week, he opened the scoring off an inspired grubber chase and looked skyward after his try was confirmed.

So many story-lines converged upon this match and the next would be Braidon Burns finding the white stripe against his former team after a long injury-riddled stint on the sideline.

Declan Casey would likely not remember his debut a few weeks ago.

Producing a litany of errors, he left the field on a stretcher after a heavy head knock.

But this game would be different, with 161 run metres, 2 line breaks and a try.

Bulldogs fans were revelling in their latest unearthing in the back-line.

Matt Burton, who had a night to forget in game three of State of Origin, returned to the arena to prove a point.

His running battle with Latrell Mitchell throughout the night was certainly engaging, with the two coming together on multiple occasions with varying results.

It was arguably the game of the round, as tries were frequent but in no way easy to come by.

The Bulldogs thrived with 20 offloads generating second-phase attack, which sparked creativity from their key men.

Statistically speaking, the two sides were essentially inseparable, but that’s where Latrell Mitchell came in.

So much of South Sydney’s performance last year came on the back of the combination between Adam Reynolds, Cody Walker, Alex Johnston and Latrell Mitchell.

With Reynolds at the Broncos and Mitchell spending the majority of 2022 flying around the world to sort out his hamstring issues, Cody Walker’s performances had been mediocre at best.

But with Latrell back and ruling himself out of Origin with a dialed-in focus on propelling the Rabbitohs through the finals, Walker and Johnston have seemingly found their mojo.

And Mitchell just does Mitchell things at will; breaking the deadlock several times with jaw-dropping, bullocking runs, sending defenders flying across the turf and doing so with a spine-chilling look of intent in his eye.

While the lead changed hands constantly against a side hotly tipped to finish in the bottom four, South Sydney announced themselves as premiership contenders, but much will rely on whether Mitchell can remain fit and healthy.

And while defeat should be fairly easy to accept for long-suffering Bulldogs fans, this loss was tough to take because there now exists a belief that they can win every week.

The Bulldogs have proven to themselves that they have the arsenal to compete.

Two more X-factor players in Reed Mahoney and Viliame Kikau may just be the remedy they need in 2023.