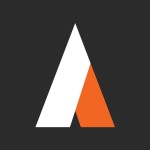 The Newcastle Knights have pulled off an upset to knock theÂ Canterbury-Bankstown BulldogsÂ off the top of the ladder with a 20-6 victory in front of 21,701 crowd at ANZ stadium.

The Knights produced a flawless effort in defence to dominate the contest. The game started with some big tacklesÂ with the Bulldogs struggling to maintainÂ possessionÂ and the Knights capitalising on early errors. Six minutes in, Kade Snowden linked up with his prop forward partner Richard Fa’aoso to send him over. Captain Kurt Gidley converted to try to give his side a six-point lead.

Possession always proves crucial to coming up trumps in Rugby League and today was no different. With the swing of possession on their side the Knights were able to add even more points in 17th minute with halfback Jarrod Mullen slicing through the Canterbury defence and diving over to score.

The Knights gave coach Wayne Bennett plenty to smile about as the match progressed, with a mammoth defensive effort ensuring the Bulldogs remained scoreless in the first half. For the Bulldogs however, Des Hasler was given little reason to smile following a mistake riddled first half from his side.

The home side did not get off to a much better start in the second half with Englishmen James Graham giving away an early penalty. The Knights opted to go for the two and Gidley had no problems kicking the goal.

With a 14 point lead the Knights appeared more concerned with defending their lead than adding to it, however, when the points were on offer the Knights were ready to take them with Alex McKinnon breezing through a gap in the 72nd minute courtesy of a Gidley offload. Gidley added the extras to give the Knights a 20-point lead.

After a relatively quite 75 minutes Ben Barba put his mark on the game, the fullback produced some fancy footwork to set up Joel Romelo. Steve Turner added the extras to reduce the Knights’ lead to 14.

The Bulldogs will look to hit back stronger when they travel to Skilled Park to meet the lacklustre Gold Coast Titans. Meanwhile a mission-impossible to some when the Melbourne Storm open AAMI Park to the Knights on Friday Night.