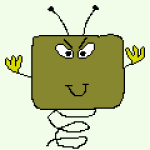 The rise of the Dolphins is a series exploring their journey to securing an NRL license. This first instalment will focus on their rise from the QLD cup to the NRL’s premier competition in 2023.

The Dolphins were first founded as the Redcliffe Dolphins in 1947, commencing their journey in the Brisbane Rugby League (BRL) prior to their acceptance into the Queensland Cup in 1996.

The 1960s presented a golden era of development with the likes of Trevor Harken and Arthur Beetson making their way through the ranks.

The Dolphins secured their first premiership in 1965 as champions of the BRL, winning further premierships in 1994, 1996 and 1997.

The Redcliffe based club have appeared in 12 Queensland Cup grand finals, establishing a reputation as one of the most successful teams in the competition.

The Dolphins have given rise to superstars of our game including some of the greats such as Petero Civoniceva, Brent Tate, David Stagg, Gavin Cooper and Michael Crocker as well as modern day stars including Dane Gagai, Kotoni Staggs, Toby Rudolf and Reece Walsh.

Today the Dolphins are recognised as one of the largest sporting brands in Queensland with an opportunity to showcase their famous heritage, colours and illustrious legacy on the grandest stage.

Their colours are symbolic of their pioneering history, paying homage to the red-hued cliffs of the Redcliffe Peninsula and establishment of a new horizon emulating previous success.

The Dolphins will begin their journey from the ‘Cauldron’, with their principal stadium being Suncorp Stadium in their inaugural season.

Games will also feature at both Moreton Daily Stadium and Sunshine Coast Stadium showcasing the local passion and tribalism on display for the nation’s newest franchise.

With Wayne Bennett at the helm and high profile recruitment manager Peter O’Sullivan pulling the strings, the club is ready to end the 72 year wait to enter the National Rugby League.

The Dolphins squad is currently taking shape with a host of players set to call Redcliffe home in 2023.